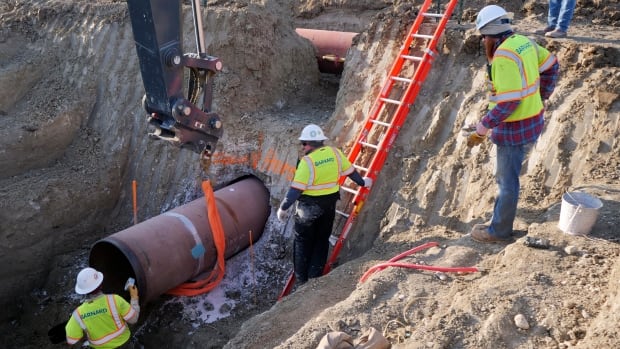 Calgary’s TC Energy filed a $15B US trade complaint, requesting cancellation of the Keystone XL license


Calgary-based TC Energy stated that it has filed a formal claim of more than US$15 billion under the North American Free Trade Agreement for cancellation of the President’s license for the Keystone XL pipeline.

The company stated that it has submitted a notice of intent for damages to the U.S. Department of State under the North American Free Trade Agreement. This trade agreement was superseded in 2020, but under the old agreement there is a three-year complaint window.

James Coleman, an associate professor of energy law at Dallas Southern Methodist University, said in June that when the company and the province said they would withdraw from the project, he said the company could complain that it was “discriminatory.”

“That said, no one has ever won a North American Free Trade Agreement lawsuit against the United States. So I think most people will say that your chance of success is less than 50-50,” he said at the time.

If completed, the 1,897-kilometer-long pipeline, first announced in 2005, can transport 830,000 barrels of crude oil from Hardisti, Alta, to Nebraska. Then, it will be connected to the original Keystone that runs to the U.S. refinery on the Gulf Coast.

Alberta estimated loss of $1.3B

The Alberta government last year agreed to invest approximately US$1.5 billion as equity in the project, plus billions of US dollars in loan guarantees to promote pipeline construction.

Therefore, the Canadian branch of the project has been under construction Months There are approximately 1,000 workers in southeastern Alberta.

The provincial government said in June that after ending its relationship with TC Energy, it expected to lose 1.3 billion Canadian dollars, but also said it would retain its legal options.