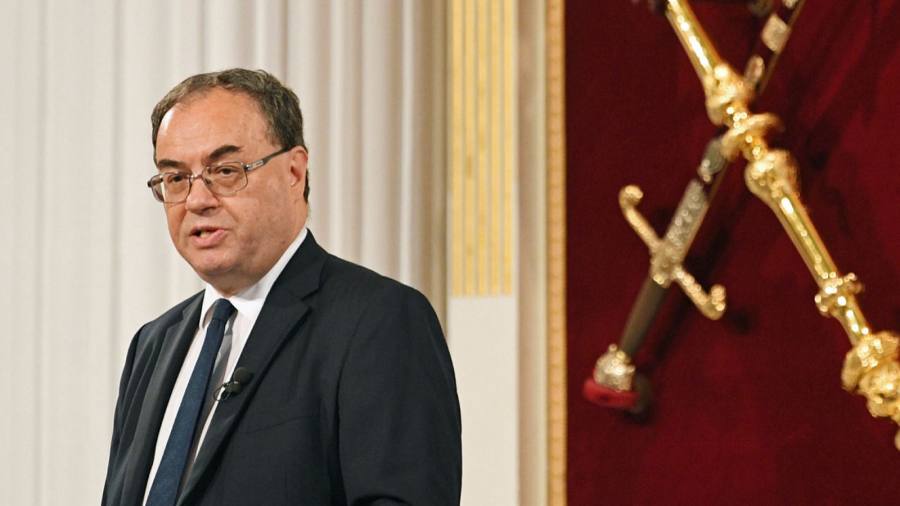 
Bank of England Governor Andrew Bailey insisted on Thursday that as inflation accelerates, the central bank has not “whistled” and predicted that the current sharp rise in prices will be temporary.

“It is important not to overreact to temporarily strong growth and inflation to ensure that the recovery is not undermined by the premature tightening of monetary conditions,” he said.

The governor delivered the annual Mansion House speech this morning instead of at a dinner party, and he took this opportunity to elaborate his views on the economy.

He admitted that the Bank of England underestimated the speed of the rebound in economic activity brought about by the economic opening and rising prices that accompanied the explosion of economic growth.

The UK inflation rate has risen from 0.4% in February to 2.1% in April, and the Bank of England expects to rise by nearly 3% later this year. Haldane said on Wednesday that the Bank of England is too optimistic and that price increases by Christmas are more likely to reach 4%.

But Bailey said the evidence still points to a temporary rise in inflation, not a more permanent phenomenon.

The governor said: “In the case of demand recovery exceeding supply, it is entirely possible for us to witness a temporary oversupply of demand, or, more commonly, what we might call a’bottleneck’.”

Although these bottlenecks are often signs of excess demand and spending, he said that recovery from a pandemic is unusual because supply returns to normal at the same time as demand, so there may be temporary imbalances in some sectors. .

“Many of the factors behind these constraints are global in nature, reflecting a shortage of products and transportation capacity, and run counter to the strength of the recovery so far and expectations of strong future growth,” Bailey said.

He pointed out some areas where prices have fallen, and he said that some of the increases in inflation measured now are only because of the decline in prices a year ago, so they are compared with the depth of the first wave of pandemics.

The third reason why inflation is only a temporary problem is that with the normalization of demand patterns, expenditures may be directly used for parts of the economy with spare capacity.

“I have stated the reason why we expect rising inflation to be a temporary feature of the rebound. The reason for taking this view is valid. It is not a futile hope or a whistleblower issue,” he said the day before. After issuing the warning, he made a sharp comment.

However, Bailey did add that the Bank of England is “very cautiously” looking at the inflation outlook, and if we see signs of continued price pressure, “we are ready to respond with monetary policy tools.”

At the same time, data released by the UK National Bureau of Statistics on Thursday showed that measures of job vacancies, consumer spending and shop visits have stagnated, suggesting that the spread of the Covid-19 Delta virus may slow the UK’s economic recovery in June .

In the week ending June 26, with the sharp increase in the number of new coronary pneumonia cases, retail passenger traffic in the UK was 75% of the same period in 2019, the same as the previous week and lower than the peak after the reopening on May 17 Indoor hospitality.

In the same week, spending on credit and debit card purchases was 93% of the February 2020 average, a decrease of 10 percentage points from the week ending June 6.

On June 25, the volume of online recruitment advertisements was also the same as the previous week, and has been basically stable since the beginning of June. In the week ending June 28, the number of people who dine at a table dropped by 4 percentage points from the previous week.