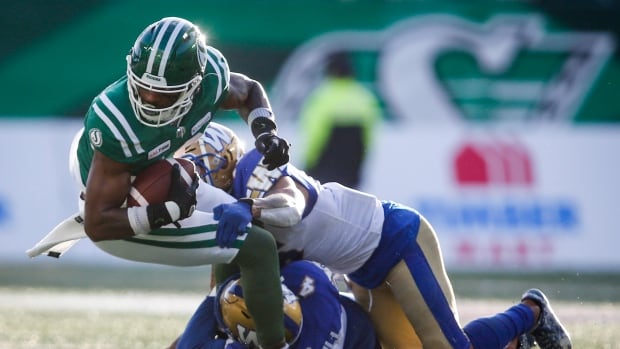 
The federal government announced a revised quarantine plan for the Canadian Football League, which will allow players to train with each other in isolation from the public 7 days after arriving in the country.

The newly approved plan comes as the league plans to return to the game in August after skipping the 2020 season due to the COVID-19 pandemic.

The teams plan to start the training camp on July 10.

The new rules mean that players entering Canada do not have to be isolated for a typical 14 days after arriving in Canada.

To qualify, players must complete a 7-day quarantine prior to departure for Canada and show a negative PCR test for COVID-19 72 hours before departure.

Once they arrive, players will have to quarantine for another 7 days at the designated hotel. While in the hotel, the players will be tested on the first, third and seventh days of the hotel isolation.

If the test result is negative, the player will be allowed to leave the hotel and train with teammates, isolated from the public.

“Participants must also comply with all other national, provincial and local public health directives, including those related to travel,” Immigration Minister Marco Mendicino said in a media statement.

“Anyone who violates these strict conditions will be disqualified from exemption, training suspended, and must complete the standard 14-day quarantine.”

The government stated that all nine teams in the league will have designated compliance officers to ensure that players comply with public health directives.

The rules for CFL players are similar to, but slightly stricter, the revised quarantine plan for Canadian Olympians to prepare for the Tokyo Olympics announced earlier this month.

Unlike CFL players, Olympic athletes can train with each other in “bubbles” as long as they test negative after arriving in Canada.