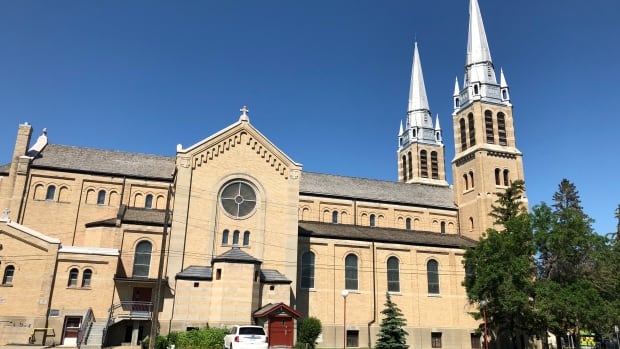 After the promises to boarding school survivors were not met, critics criticized the Catholic Church for spending

There are growing calls from all over Canada for the Catholic Church to pay in full the 25 million Canadian dollars it once promised to boarding school survivors-saying that it has not been paid even when tens of millions of dollars have been spent on the construction of well-designed church buildings. Money is shameful.

CBC News learned that a $17 million fundraising campaign is currently underway for the renovation and new construction of the cathedral in the Archdiocese of Regina. In addition to the $16 million shrine/church opened in Canmore, Alta last year, the $28.5 million cathedral built in Saskatoon less than ten years ago, and other capital projects across the country.

This church operates many boarding schools in Canada and has been facing increasing demands for restoration due to the recent discovery of unmarked graveyards believed to be children’s remains at or near the former school site in Kamloops, British Columbia The pressure of original state and transparency. First Nations, east of Regina.A kind Found a similar discovery Inland in southern British Columbia on Wednesday.

Mayo Moran, Dean and Vice President of Trinity College at the University of Toronto, said: “I think this is very disappointing. The Catholic Church will have a lot of work to do to make up for it.”

“The least it can do is fulfill its promises.”

The church agreed to pay $25 million for school survivors in a historic settlement in 2005. This transaction requires the church to make “best efforts” and initiate fundraising activities similar to universities or hospitals.

Seven years later, the funds raised nationwide were less than 4 million U.S. dollars. The church’s lawyer argued at the secret court hearing that it had done its best and the judge agreed to exempt the church from further fundraising responsibilities. The results of the hearing will be announced a few months later.

“All efforts should be used to help survivors and their families, not buildings.”

Moran, who served as the chairman of the boarding school survivor compensation committee for 15 years, said that the millions of dollars spent on cathedrals and churches “did doubt” that the church claimed it had done its best to help survivors.

She said that Pope Francis has been making progress on climate change and other issues, but he and Vatican officials have not done enough on issues of abuse and boarding schools.

“You can see a pattern of evading financial responsibilities and extreme litigation. This is not well reflected in the church,” Moran said.

In the Archdiocese of Regina, staff, volunteers, and contractors have been working on a $17 million event for two years to renovate St. Rosary’s Cathedral and build a ministry center.

“We have now received a total of $6.58 million in gifts and pledges, and we expect this number to increase as donors are incentivized to support the campaign… We can make it happen together!” Read the campaign chair on the Archdiocese website A letter from.

The website also contains detailed instructions for individual church parishes that you want to build or renovate. It recommends that church members “determine that multiple donors need to donate more than $10,000 to make your event a success.”

The website points out that the four keys to success are “prayer, pastor’s participation, people’s choice [and] Public relations/communication. “

On Wednesday morning, Archbishop Don Bolun could not be interviewed, but officials confirmed the details of the campaign. Last week, after Cowessess First Nation was discovered, Bolen said he hoped to resume fundraising activities for survivors. No details were announced, and no funds were promised in the end.

In Saskatoon, Bishop Mark Hagmoun declined several requests for interviews, but said in a statement released Wednesday morning that he would be “very supportive” to raise more funds for survivors.

Both of them reiterated their apologies to the survivors because the Catholic Church is running a lot School for more than a century.

Moran and others say these vague statements are meaningless. They say that Catholics in every parish in Canada need to take action.

“Catholics need to push their churches to do the right thing. All the pressure needs to be endured. There are forces within the church that can be mobilized. There needs to be a lot of voices pushing,” Moran said.

Cameron and others said that if the Canadian church and members refuse to help, the Vatican should pay the price. They pointed to some records released by the Vatican Bank, which showed assets of $6 billion, land with a total area larger than Saskatchewan, and Renaissance paintings, sculptures, and other works of art in the Vatican’s collection.

All the other denominations involved in the settlement-the Anglican Church, the United Church, the Presbyterian Church-paid all their shares a few years ago.