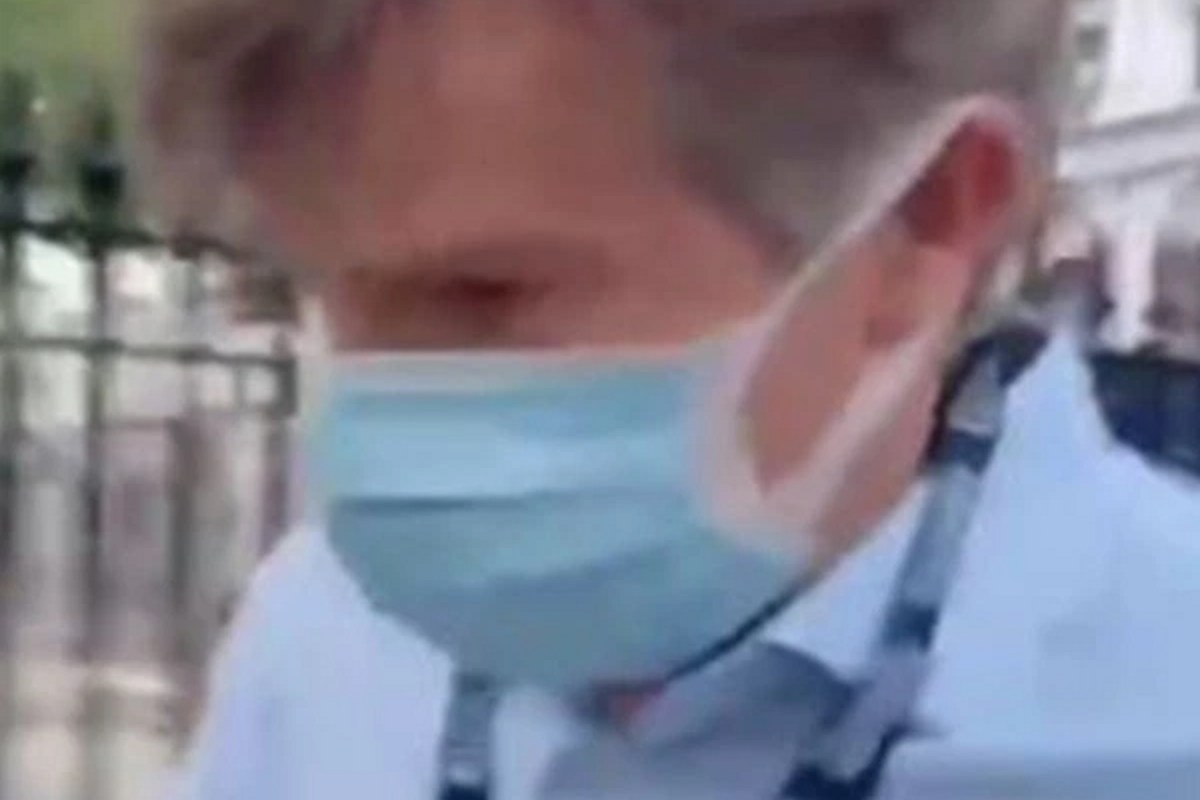 After BBC reporter Nicholas Watt was “hunted” during an anti-blockade protest, the 38-year-old man became the third accused protester


After BBC reporter Nicholas Watt was “hunted” during an anti-blockade protest, a third man was indicted.

Joseph Alswan, 38, from Richmond upon Thames is accused of an attack near Whitehall on June 14.

Mr. Watt, a political editor or news night, was first captured in the video. He was walking quickly around Richmond Terrace and Whitehall, wearing a high-definition jacket and approaching the police.

He was surrounded by a group of roaring thugs who called him “c***” and blocked his way when he tried to escape.

In the video, a man in a leather vest and a blonde woman in a mini skirt followed closely behind him, pointing at him with their fingers.

Mr. Watt wore a blue mask, then turned to flee their way-only a crowd of about 15 people chased him across the road.

But soon, the activists became disgusting and verbally abused him when he lowered his head.

When Mr. Watt used his cell phone to record the incident, a man in a navy jacket grabbed his shoulder.

Others shouted at him: “Why are you lying?”

In this video widely circulated on social media, Watt was forced to flee the mob and seek asylum when people yelled “traitor” at him.

At the time, Westminster was protesting the government’s extension of the coronavirus restrictions in England for four weeks.

Olswan will appear in Westminster District Court on Thursday, July 15.

Christopher Aitken, 62, from Brixton, was previously accused of violating Section 4A of the Public Order Act.

He will appear in Westminster District Court on July 22.
57-year-old Martin Hockridge appeared in the same court on Tuesday

He was accused of using threats, abusive or insulting words or behaviors with intent to cause harassment, fright or distress in the incident, and faces trial on November 8.