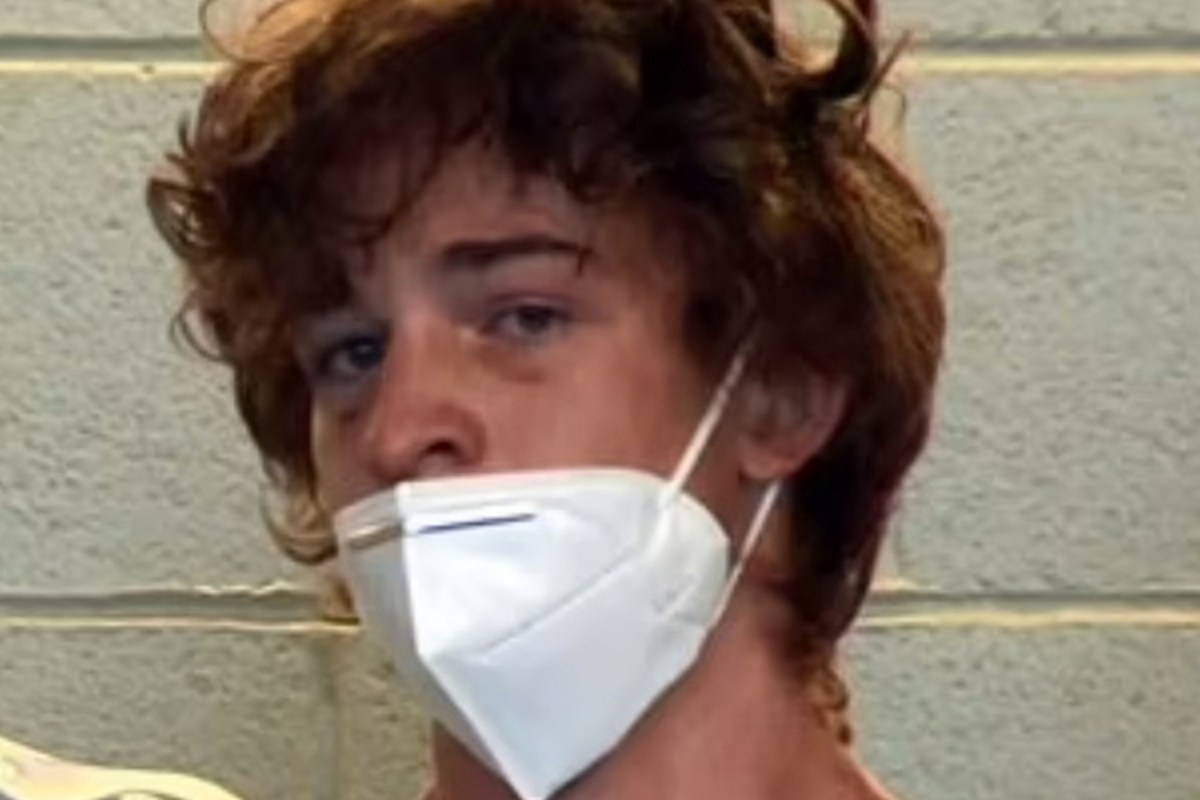 
The prosecutor said that a teenager drowned his father while trying to “baptize” him in a pond to get rid of the alcoholic demon he called “Dirty Dan”.

Jack Callahan, 19, was detained in Duxbury, Massachusetts on Monday. A few hours later, his mother called the police and reported his 57-year-old father, Scott Callahan. (Scott Callahan) disappeared at 2 am.

Police said Callahan went to a bar in Boston to pick up his father who shouldn’t drink.

An Uber picked up the couple and sent them to Island Creek Pond in Croke Memorial Park near his home.

However, the young Callahan would go home alone, completely drenched.

He told his mother Wendy Callahan that he did not know where his father had gone.

Wendy told the police that the boy was “behaving strangely” and that she had never seen him before.

The teenager eventually took the investigator to Crocker Memorial Park, where Scott Callahan was found at the bottom of the pond, near two floating suitcases.

He was taken to Beth Israel Deaconess Hospital in Plymouth, where he was later pronounced dead.

Police said the victim had water in his lungs and abrasions on the back of his head.

Investigators said Callahan initially claimed to the police, “I don’t know what happened, I fainted.”

A police officer took the teenager out to breathe. According to the “Boston Globe” report, he allegedly later said that his father had been beating him and he passed out. “When I came here, I was walking into the house.”

According to reports, the teenager was overbreathing when talking to the police and even passed out several times, prompting them to call an ambulance.

According to reports, Callahan told police during a conversation with the police late on Monday that he stopped in the park and smoked a cigarette with his father.

While sitting by the pond, Callahan told the police that a quarrel broke out between him and his father, and his father began to “slap him in the face.”

According to the police, at some point in the melee, Callahan began to repeatedly bury his father’s head under the water.

Plymouth Assistant District Attorney Shanan Buckingham said in court on Tuesday that Callahan “believes he is baptizing his father.

Buckingham said: “He described that he held his father in the pond like a baby, and he kept immersing his father’s head in the water about four to eight times.”

“He kept doing this until his father stopped struggling and floating,” the prosecutor added.

According to reports, Callahan told the police that it was at this point that he talked to his lifeless victim and said: “I let him decide there whether you can go to heaven or hell with me.

“I think he chose hell,” he said according to the police.

He also allegedly added that he believed that his father’s body was possessed by a soul he called the “dirty pill” and he was trying to baptize him to get rid of demons.

Callahan’s defense attorney Kevin Reddington described the facts in the case as “very strange to say the least.”

He also added that his client once started hitting the floor with his head during an interview with the police, and the police had to put a boot underneath as a cushion.

Reddington said that a psychologist had talked with his client and determined that he was a threat to himself.

He also asked the judge to order the ability assessment of the 19-year-old man at Bridgewater State Hospital.

“He is a very good young man,” the defense lawyer said, adding that Callahan had no previous criminal record.

“He comes from a wonderful family…My client cares about his father, knowing that he can drink and he shouldn’t. He will try to take him back to where he should go.”

However, the judge rejected the motion and ordered Callahan to be released on bail for murder. The court clinician will evaluate him.

Callahan lived in Colorado with his brother until recently, where he worked in the logging industry.

But after a back injury, he was forced to move back to his mother’s home in Duxbury while seeking treatment.

Buckingham said on Tuesday that an eyewitness told them that Callahan may have been dealing with “recent drug abuse problems and ongoing mental health problems.”

At the same time, Scott Callahan has a history of drug abuse, traumatic brain injury and other health problems, “which puts his executive function into question,” the prosecutor said.

Jack Callahan will appear before the judge again on August 12.