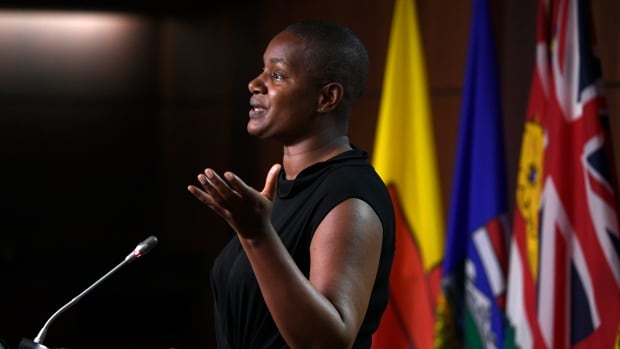 The chairman of the Green Party said that the ultimatum to Annamy Paul has not yet been answered, which put her work in a difficult situation


The head of the Green Party management agency said that the ultimatum to the leader Annami Paul is still valid, and her work is in a state of uncertainty due to the continuing internal fighting that has caused tensions among the party’s top leaders.

Liana Cusmano, the interim chairman of the party’s Federal Council, said in an interview that a motion passed by the agency two weeks ago required Paul to deny that the former adviser’s remarks about anti-Semitism were still valid.

Cusmano said she has asked Paul to withdraw her comments to the media, which imply that she no longer needs to accept denials.

The ultimatum also called on Paul to openly reconcile with Paul Manley, the green councillor, saying that if Parliament’s requirements are not met, it will begin a process that may eventually conduct a leadership review when the grassroots members gather later this summer.

Earlier this month, after Green Party MP Jenica Atwin addressed the Liberal Party on the Israeli-Palestinian conflict and the broader debate over power and authority within the party, the tensions marked the most recent round of internal conflicts. It broke out in public view.

Paul’s office declined to comment. The Federal Council, which includes 13 voting members including Paul, is expected to hold a virtual meeting tonight.