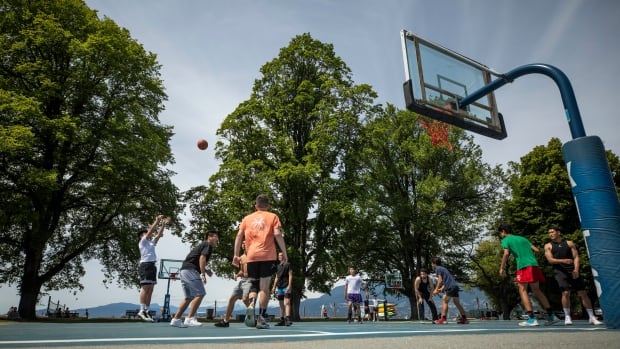 
The provincial emergency that has been implemented in response to the COVID-19 pandemic since March 2020 will be lifted in British Columbia on July 1.

The governor He Jin announced the news on Tuesday as the province is preparing to enter the third phase of its reopening plan on Tuesday, with a steady decline in the number of daily cases and the province is experiencing one of the highest vaccination rates in the world .

The 7-day average number of cases has dropped to 60.9, which is the lowest point since August. The number of hospitalizations is also declining. As of June 28, it had fallen to 107.

Tuesday is also the first press conference in British Columbia since the beginning of the pandemic.

With the province of British Columbia now confirming to enter the third step of the restart plan on July 1, leisure travel within Canada will be allowed again, and indoor and outdoor personal gatherings will also be allowed, with no limit on the number of participants. The children will be allowed to spend the night with their friends again.

“We welcome Canadians back to British Columbia as long as you get these two vaccines,” Hogan said.

As long as a public health safety plan is established, residents can participate in fairs and festivals.

It is recommended to wear a mask, but it is no longer mandatory.

“It’s important for us to continue to wear masks around those we don’t know and in indoor environments where we are not adequately protected. [by vaccines],” said Dr. Bonnie Henry, the provincial health officer.

Henry said that there is no need to provide proof of vaccination. She added that some people will find it comfortable to continue wearing masks, which should be respected.

On Monday, Henry showed a model showing that the number of cases in British Columbia has fallen sharply and continuously. She said she was happy to see that there were no new cases in some areas of the province in the past week.

The 7-day rolling average of new cases has now dropped to 62, which is the lowest level in the province since August last year.

Henry also pointed out that even during the severe third wave of pandemics, the number of deaths caused by COVID-19 was relatively low, which she said “reflects continued immune protection measures.”

B.C. citizens 12 years and older who have not been vaccinated can register in three ways:

The province’s goal is for most people to get the second dose approximately eight weeks after the first dose of COVID-19 vaccine.