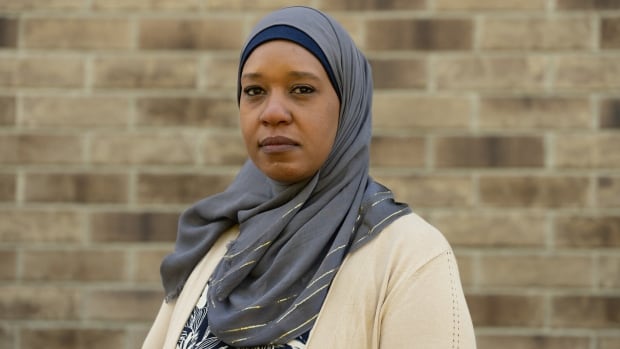 
A Muslim woman who served as a senior intelligence officer at the Canadian Security Intelligence Agency stated that the systemic racism and lack of diversity she experienced at CSIS posed a national security threat—especially given the recent incidents to a Canadian Muslim family. Fatal attack.

Huda Mukbil, an Arabic speaker wearing a headscarf, said that she was regarded as an insider threat during her 15-year career at CSIS and interrogated her religious beliefs.

Mukbil said that she was forced to sever ties with Muslim organizations, was excluded from her work, and was treated as a second-class citizen. After helping to file a civil lawsuit against CSIS for discrimination allegations, she left the intelligence agency in 2017.

“This is why individuals in the Muslim community believe that they cannot trust the organization to respond to far-right threats,” Mukbil, who is seeking to nominate the candidate for the New Democratic Party of the Southern Federal Republic of Ottawa, told CBC News.

“The lack of trust is due to the lack of diversity. We don’t have police officers like me out to talk to people who can relate to their experience. Now there is time to do something.”

The man was accused of destroying a Muslim family in London, Ontario. This week, a truck briefly appeared in court on June 6. He faces charges of murder and terrorism triggered by the incident, which claimed the lives of 4 people and seriously injured a 9-year-old boy.

This tragedy is Canada’s second deadly attack on Muslims in the past four years.

In 2017, Alexandre Bissonnette opened fire on a mosque in Quebec City, killing six people. A survey revealed that the gunmen were radicalized online and consumed by the far-right media.

“CSIS should see Alexandre Bissonette coming,” Mukbil said. “He is online. He is contributing to discussions with far-right organizations.”

When asked for comment, CSIS did not directly respond to Mukbil’s statement. It did state that it was able to investigate suspected violent extremism or terrorism earlier than any other agency in Canada, and that threats against the Muslim community “will always be a priority”.

The head of the espionage agency David Vignot admitted last year that CSIS does have internal racism issues.

“Yes, there is indeed systemic racism here, and yes, there is a certain degree of harassment and fear of retaliation within the organization,” he said. 2020 meeting minutes.

CSIS did not allow CBC News to interview. In a statement, Vigno wrote: “Ensuring greater diversity and inclusion is one of my biggest priorities.”

“I am committed to ensuring that CSIS reflects the vibrant communities across Canada that it protects-not only because it is the right approach, but because it is necessary to ensure the safety of Canada,” Vignot wrote.

Mukbil said that she joined CSIS’s counter-terrorism department in 2002. As far as she knows, she is the first black Arab intelligence officer to wear a turban in CSIS history. She said that at first she was very popular at the Ottawa headquarters.

But she said that after two years of work, everything has changed.

She said that in 2004, the source of perception of the threat of terrorism in Canada shifted from Al Qaeda to young, second and third-generation Canadian Muslims. Mukbil said that she suddenly discovered that she was also seen as an insider threat.

“I feel like I was targeted by CSIS,” she said. “I think the whole organization opposes me, I think I am lonely.”

She said that it wasn’t until she worked in the UK to help MI5, a domestic counterintelligence and security agency, that she felt that her skills as an Arabic-speaking Muslim intelligence officer were recognized. She said she helped provide clues to the explosion that killed 56 people in London in 2005.

She said that the British Deputy Prime Minister was one of the senior officials who personally thanked her for her work.

But when Mookbeer returned to Toronto as an investigator, she said that CSIS did not acknowledge her achievements. According to a multimillion-dollar lawsuit filed against CSIS in 2017, an Allied security force questioned why CSIS would hire a Muslim woman wearing a hijab, and no one from CSIS management defended her.

Mukbil claimed in the lawsuit that she was ordered not to associate with certain Muslim groups or individuals. She also claimed that she received a two-day 10-hour interview in 2005, when CSIS officials asked her to take a polygraph test. She said she refused.

Mukbil said that CSIS officials questioned her beliefs. She said her questioner asked her why she decided to wear a headscarf, how often she prayed, and what she thought of the Canadian army in Afghanistan, suicide bombings and well-known Islamic leaders.

After the interview, Mukbil filed a complaint. She said that the complaint went to the CSIS director that day. She said the supervisor issued some memos about workplace prejudice in response.

The lawsuit alleges that Mukbil was denied access to source files and was denied use for promotions and other foreign posts. She said that she filed complaints and harassment complaints, and carried out propaganda work with Muslim organizations and the then New Democratic Party public safety critic Matthew Dube to promote a more diverse workplace.

“The threat should come from outside,” Mukbil told CBC News. “However, in the office, I have the most trouble.”

As a result of the lawsuit, the spy agency conducted its own external investigation into the culture of the Toronto regional office where Mukbil worked. CSIS rarely publicly released the results of third-party reviews.

Vigneault said the investigation found “serious concerns about retaliation, favoritism, bullying and other misconduct, which are absolutely unacceptable in a high-functioning professional organization.”

CSIS stated that since then, it has “improved the already powerful reporting system,” including New code of conduct New mandatory training for employee harassment issues and for supervisors to promote a healthy workplace.

CSIS stated that it began to develop a diversity and inclusion strategy last year to address prejudices and build a more inclusive leadership team and recruitment process. CSIS stated that this work will help increase the percentage of visible minorities among the new employees recruited by the agency each year from 18% in 2019 to 25% in 2020.

The lack of diversity in CSIS is a weakness: ex-operating

CSIS stated that its latest data show that in 2019/2020, approximately 18% of employees self-identify as people of color; of these, 7.6% are executives.

The underrepresentation of Canadian security and intelligence services and the rate of harassment and discrimination faced by people of color “remains unacceptably high.” A report submitted to parliament last year Proposed by the National Security and Intelligence Committee of Congressmen.

Mubin Shaikh worked as an undercover security officer at CSIS for two years and was responsible for investigating extremist groups, including ‘Toronto 18’. He is now a professor of public safety at Seneca College.

Sheikh said the lack of diversity in CSIS and other Canadian intelligence and police agencies is “a weakness.”

“This practice will definitely harm national security,” Sheikh said. “In order for you to get the right information, you need to get it from the right source. If your source does not reflect the society you serve, then you will get bad intelligence.”

Human rights advocate and former communications director of the National Council of Muslims in Canada, Amira Elghawaby, said that cases like Mookbir will only increase the distrust of CSIS in the Muslim community.

Elghawaby said: “If we hear and understand that there is a racism problem, employees are treated discriminatory, it really shakes our ability to trust these institutions to serve our interests.”

CSIS spokesperson John Townsend said in a media statement that although work to make CSIS “more diverse and inclusive” is ongoing, we are proud of the significant progress that has been made in recent years.

CSIS stated that its recruitment team is committed to finding candidates from different backgrounds. The agency also pointed to its work in creating new terms to better describe the different types and motivations of violent extremism and terrorism.

CSIS says that terrorist acts after 9/11 are often referred to as “Islamic extremism”-a shorthand for terrorism. CSIS stated that the new threat dictionary it created—covering ethnic violence, anti-LGBTQ violence, and ethnically motivated violence—has been adopted by the federal government and is also used in New Zealand and Australia.