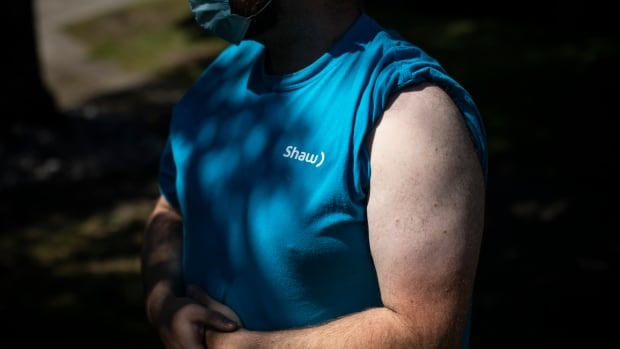 
An employee of Shaw Communications and his union publicly opposed the telecommunications giant, after the company refused to give some of its BC employees paid leave to vaccinate against COVID-19 on the grounds of federal regulations.

“I am surprised and depressed,” said an employee who has worked in the company for more than 10 years, his identity is CBC The news has agreed to be kept confidential to avoid retaliation.

In April, the Province of British Columbia amended its Employment Standards Act to provide workers with up to 3 hours of paid vacation so that they can be vaccinated against COVID-19.

However, Shaw and other telecommunications companies are under federal regulation-highlighting differences in the way that provincial and federal agencies support workers in national vaccination campaigns.

The employee and his union, the International Brotherhood of Electrical Workers, local 213, claimed that Xiao told the workers that the provincial changes “do not apply” to employees If they want to be vaccinated during working hours, they must take time off.

IBEW 213 Assistant Business Manager Robin Nedila said: “We contacted Shaw many times and were told the same thing-members can use their own leave for vaccination.” “It’s a shame.”

Shaw confirmed that employees who wish to be vaccinated during working hours have been told to use a personal day, depending on what their schedule allows.

Shaw spokesperson Chethan Lakshman wrote: “Shaw provides all employees with the ability to vaccinate against COVID-19 during the working day because their role allows.”

In contrast, an employee representative from United Steelworkers, Local 1944, representing Shaw and Telus workers in BC, confirmed that Telus would give workers three hours of paid vacation as long as they can provide proof of vaccination.

The unnamed employee received the first dose of the vaccine and visited six or more locations each shift—including homes, medical offices, and retail stores—that the policy had become an obstacle for Shaw employees, delaying some Time for people to be vaccinated and completely deter others.

“We are required to use our private time or sick time to [get vaccinated] But we have those days and that time for other reasons,” he said.

However, although the policy gap still exists, at least one local MP believes that there is a quick solution, if Ottawa is interested.

Davis said he wrote to the government of Prime Minister Justin Trudeau on May 19, outlining his concerns, but received no response.

At the same time, Labor Secretary Philomena Tassi told CBC News that she was “concerned” by these reports and her department has been “cooperating closely with organizations representing federally regulated employers”-encouraging” Employers provide accommodation for employees”.

Nedila and IBEW 213 said they wanted to see more from Tassi’s office.

Nedila said: “We hope that all federally regulated workers, and more specifically, all Shaw employees, should have three hours to get vaccinated.”