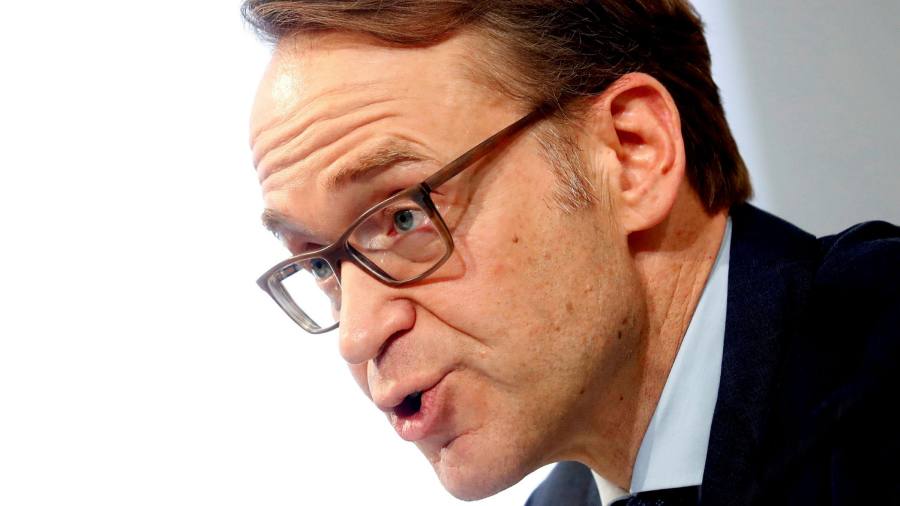 
The governor of the Bundesbank called on the European Central Bank to “gradually reduce” pandemic-related bond purchases and warned that inflationary pressures in the euro zone are rising.

Jens Weidmann said that there are “upside risks” in the inflation outlook, and the government’s policies to address climate change may push energy prices higher than economists expected.

Weidman said in a speech on Monday that the European Central Bank’s stimulus plan aimed at mitigating the economic impact of the pandemic should end “after the emergency is overcome.”

His remarks conflict with other members of the Central Bank Management Committee regarding the future path of their policies. Policymakers will meet next month, but it is widely expected that they will postpone their decision until the September meeting.

“Inflation is not dead,” said Weidman, one of the more conservative hawks in the ECB’s management committee. He likened inflation to the Galapagos giant tortoise, which was incorrectly classified as extinct for 100 years.

Eurozone inflation rose It rose to 2% in May, which was the first time in more than two years that the interest rate exceeded the ECB’s target, although economists expect new data on Wednesday to show a slight decline in June. Although the central bank predicts that price growth will slow next year, Weidman emphasized the need to “be vigilant.”

“In my opinion, the risks surrounding the price outlook have changed,” he said, warning that “upside risks to price development in the euro zone dominate.”

He said that if oil prices do not fall as people generally expect, inflation will continue to rise next year, adding: “In addition, politicians may take additional climate protection measures to increase energy prices.”

Germany’s carbon tax helped raise the inflation rate in Europe’s largest economy in May to 2.4%, the highest level in more than two years. Weidmann said that Germany’s inflation rate could reach 4% later this year, adding: “This will reduce the purchasing power of private households.”

“Due to the progress of vaccination, the Eurozone economy is now coming out of crisis,” said the governor of the Bundesbank, adding that this “has an impact” on the European Central Bank’s Pandemic Emergency Purchase Program (PEPP), which is its flagship crisis-fighting policy.

The European Central Bank accelerated the pace of PEPP in March, and out of the total remaining 1.85 billion euros of the plan, it has only more than 700 billion euros for the plan, which will last until at least March 2022.

When the European Central Bank judges that the coronavirus crisis is over, bond purchases will cease. Weidman stated that PEPP should end after all “notable” containment measures are lifted and the economic recovery is “solid”, adding that the Eurozone is expected to reach pre-pandemic output levels in the first quarter of 2022.

“However, in order not to end PEPP suddenly, net purchases can be gradually reduced in advance,” he said.

His comments contrast sharply with those of Fabio Panetta, a member of the European Central Bank’s Executive Board. A speech Monday: “We don’t seem to be on the track to warm up the economy.” He warned that “the economic weakness may continue for some time.”