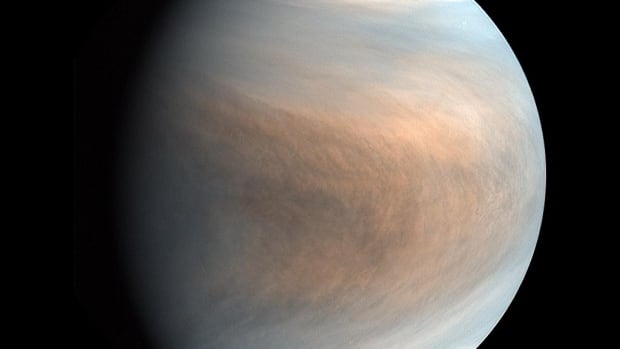 Studies have shown that there is no life in the clouds of Venus.Jupiter may be different


A new study poured cold water on the possibility of life in the clouds of Venus.

Scientists from Europe and the United States reported on Monday that there is hardly enough water vapor in the clouds of this scorching planet to support life as we know it.

After others accidentally announced in September that strange tiny creatures might be lurking in the thick, sulfuric acid-filled clouds of Venus, the team investigated the matter. Through spacecraft observations, the latest research team found that the water level was more than 100 times lower and could not support life similar to the Earth.

Lead author John Holsworth, a microbiologist at Queen’s University in Belfast, Northern Ireland, said: “It is almost at the bottom of its scale, and there is an insurmountable distance from the level of activity required for life.

His team studied the most dry and acid-tolerant microorganisms on the planet-they “have no chance on Venus.”

There is more water on Jupiter’s clouds

Although the latest discovery at least vetoed Venus against water-based organisms, they determined that another planet—Jupiter—has enough water and proper atmospheric temperature in the clouds to sustain life.

“Now I am not implying that there is life on Jupiter, I am not even implying that life may be there because it needs nutrients to exist, and we cannot be sure of this,” Holsworth emphasized to reporters. “But this is still a deep and exciting discovery, and it’s completely unexpected.”

Holsworth and NASA astrobiologist Chris McKay are the co-authors of a research paper published in the journal Nature Astronomy on Monday. He said that further research is needed to determine whether Jupiter’s clouds may exist in the depths. Microbial life.

As for Venus, three new spacecraft will go there later in the decade and early next year—two by NASA and one by the European Space Agency. Hallsworth and McKay predict that their results regarding uninhabitable water activity on the hottest planets in the solar system will not change.

“This is unfortunate because I am very interested in finding life on other planets, and I am happy to think that Venus is habitable,” McKay said.

The scientists behind the September study may suggest that there is life in the Venus cloud, which is based on the presence of the toxic gas phosphine. On earth, it is related to life. Researchers believe that the phosphine content of Venus is too high to be of geological origin.

“We are not trying to push Venus into an absolutely habitable world. So far, all traditional explanations believe that Venus is habitable,” said Sarasig, an astrophysicist at the Massachusetts Institute of Technology, who is 9 A member of the month team.

Regarding the latest research, “We are very keen to spare no effort in case there is life on Venus,” she added in an email.

The scientists are glad that they found evidence suggesting that there are signs of life in the clouds of Venus. Astronomers have detected a small amount of the compound phosphine, which does not exist in nature. 2:04

Scientists say that any life in the clouds of Venus (if it exists) is always possible to be completely different from any life on Earth and adapt to the extreme heat and harsh conditions of this greenhouse planet.

“If there is life in the clouds of Venus, then this life must be’life we ??don’t know’,” said Janusz Petkowski, an astrobiologist and colleague at MIT Siegel. “The question is how different is this kind of life?”