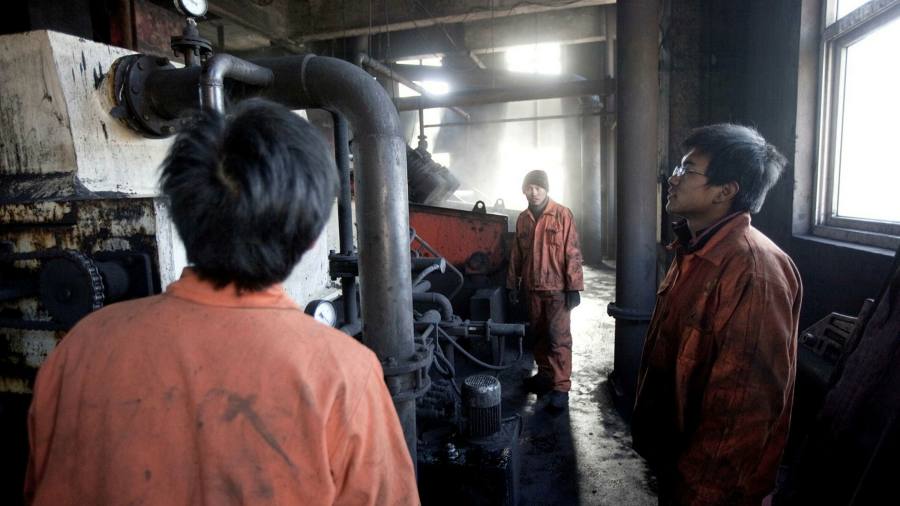 On Monday, the price of September coal futures for Zhengzhou delivery fell 7% to 790 yuan per ton. The day before, the official news agency Xinhua News Agency quoted an unnamed official of China’s top economic planning agency as saying that increased production, increased imports, and greater use of solar and hydropower will cause prices to “significantly drop” starting in July.

Due to shortages, prices in China surged to record levels last month Cross manufacturing center The southern part of the country highlights the shortage of coal.

Coal is just one of China’s battles against high commodity prices. It soared due to expectations of global economic prosperity after the coronavirus and pushed up the country’s ex-factory prices to the fastest increase since the 2008 financial crisis.

This has raised concerns about inflation in the country’s economy, which has quickly recovered from the Covid-19 emergency and benefited from a surge in global demand for its exports.

“Coal supply is limited, but demand for coal for power generation is very strong,” said Rosealea Yao, a China investment analyst at research firm Gavekal. She added that high prices may be “temporary,” but the government may be too optimistic about any price drops in the short term.

This Coal situation China’s quest to transform its economy from heavily polluting activities to carbon neutral by 2060 presents a broader problem for China, a long-term goal that conflicts with the country’s response to the initial impact of Covid-19’s industrial push .

In addition to environmental protection goals, a series of accidents and safety measures in recent months have also restricted coal mine production.

In an interview with Xinhua News Agency, “relevant officials” of the National Development and Reform Commission (NDRC) stated that the agency was “making every effort to increase coal production and supply” and reiterated the comments made by the State Council meeting chaired by Premier Li earlier. Keqiang talked about the need to tap the country’s “rich coal resources.” The official said that since the end of May, daily output has increased by 10%.

The State Council meeting last month concluded that measures need to be taken to prevent higher producer prices from spreading to consumer inflation. Ex-factory prices in May rose 9% year-on-year, the fastest growth rate in 13 years and far ahead of the 1.3% consumer price inflation.

In recent weeks, China has addressed the issue of high prices in the bulk commodity market in public statements.Last month, the Development and Reform Commission Warning of “excessive speculation” In the market, it said that it will crack down on monopoly and hoarding, which will prompt a sharp drop in iron ore prices.