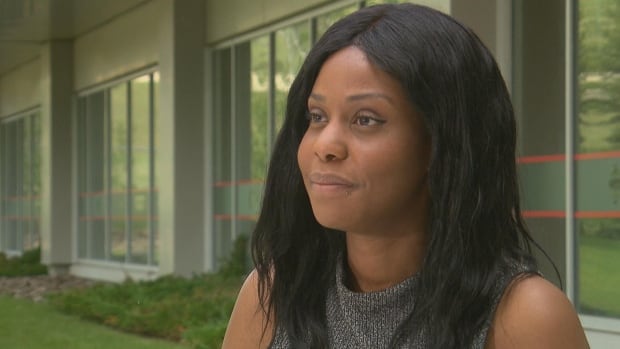 The Black Entrepreneurship Loan Fund was announced by Prime Minister Justin Trudeau in September. Its application portal was launched at the end of last month.

The US$291.3 million program provides loans of up to US$250,000 to black-majority businesses. Black entrepreneurs who start companies or run existing small businesses can also apply for funding.

The government contract to manage the fund was awarded to the African-Canadian Economic Federation (FACE), a non-profit organization established in late January. The newly formed organization is headquartered in the Papino district of Montreal under Prime Minister Justin Trudeau. It is an umbrella organization of five black community groups.

“I think this is a very good opportunity for Canada to stand up and do some great things,” she said.

However, once Sutherland started the application process, this excitement quickly turned into frustration. She and several other black business owners interviewed by CBC News stated that the plan did not specify the key aspects of the repayment.

Toronto fashion designer Julz Ossom, who also applied for funding, said he was shocked when the online application form asked him to state his sexuality.

“Whether you are gay, whether you are bisexual or heterosexual, I am like, am I here for money?” he said. “Because the established banks, RBC, TD, Scotia, will not ask you these questions.”

John Campbell, the owner of the talent agency, said he was also shocked by the issue of sexual orientation. “We found that many issues violated the Canadian Human Rights Act, such as sexual orientation and preferences,” Campbell wrote in an open letter to FACE, which he shared with CBC News.

“The purpose of the loan is to help the community; however, this process is having a negative impact on mental health.”

When asked about the application, FACE CEO Tiffany Callender told CBC News that the goal is to find the applicant “as a person.”

“FACE looks at the future,” she said. “How do we connect entrepreneurs to their cross-cutting opportunities and specific programs and support? Of course, none of these questions listed on our website need to be answered in order to process your loan.”

FACE outlines its privacy policy on its website. It noted that the organization may collect information about applicants from social media, such as photos or comments they posted.

Some applicants stated that they found the application process itself confusing—and FACE itself did not help.

Montreal-based recording entrepreneur Hostan Gouthier said that he tried five times to apply for a loan on the FACE portal, but failed each time.

“I think their webmaster may have a problem,” he said. “So I contacted their webmaster, but didn’t get a response. The second thing I did was, I called them, but they couldn’t get through.”

Gouthier also claimed that he tried to contact the organization on social media, but received no response.

“When the government assigns you such a large task, you must first know how to communicate with people,” he said. “If you don’t reply or talk to people, there must be a problem.”

Callender said that the number of companies applying on the site caused communication delays.

“By leaving their phone numbers or sending emails, we are doing our best to deal with them, and we hope to expand our team so that we can respond better,” she said.

Ryan Knight of Afro-Caribbean Business Network said he wanted to know how FACE was responsible for the project in the first place. He said his organization expressed interest in managing the program to the office of Mary Ng, Minister of Small Business in charge of the fund.

“If it were open in public, I would be very deaf because…we talked directly to Minister Wu’s office,” he said. “When they asked us to investigate, we participated in the consultation.

“Why don’t we receive an email saying,’Hey, we are looking for someone to manage the loan fund. Are you interested? This is an open bid.'”

Wu confirmed that the government has not issued a proposal to solicit qualified contractors. “Addressing systemic racism is what we are doing, and we have been working with these organizations,” she told CBC News. “And, no, you won’t solve the problem of systemic racism by launching an RFP.”

Ng said that FACE is the right choice to run the project. “For the group that manages the fund, what I want to say is that they have 35 years of experience [as] Organizations that directly support black business organizations,” she said.

So far, no loans have been obtained through the program. Ng stated that FACE will start issuing loans in early July. “I am very confident that FACE-and the work they are going to do, will be able to make a ruling and be able to diversify loans,” she said.

Knight said he is still worried about what he believes is a lack of oversight and due process.

“You don’t want the plan to be dismantled because due process is not followed,” he said. “They did not go through due process. This is what happened in the WE scandal.”

For more stories about the experience of black Canadians-from anti-black racism to success stories in the black community-check out Become black in Canada, A CBC project that Canadian blacks can be proud of.