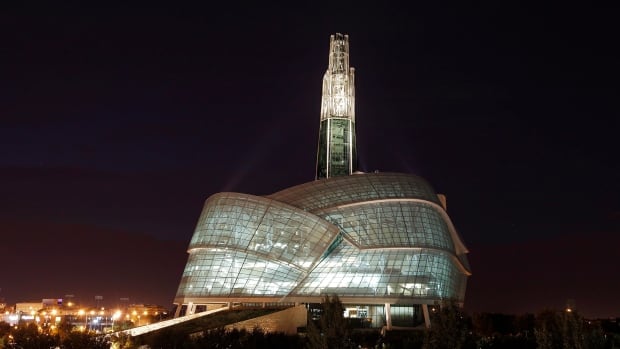 According to the report, black men were stereotyped as dangerous predators at the Canadian Museum of Human Rights


A new report by a lawyer hired to investigate allegations of systematic discrimination by Winnipeg’s national agency stated that black men working at the Canadian Museum of Human Rights were stereotyped and experienced gender racism, which made them sexy and infatuated.

This report was written by lawyer Laurelle Harris, who has expertise in women and black research and mediation, and paints a disturbing picture of what employees say is inside the museum .

“There is a gender-racist model for racialized men, especially black men, in the museum, in the form of sexualizing and obsessing black men, and stereotypes black men as’dangerous’ and’predatory’,” Harry Wrote.

Before Harris Found that racism is pervasive and systemic Inside the institution, she stated in a final report published on Monday that, based on limited interviews with members of the museum’s management team, “the managers seem to have insufficient understanding of the basic concepts of racism.”

She said executives are somewhat reluctant to hold white members of management accountable for actions that help maintain systemic racism in the workplace.

Harris was hired to investigate allegations of racism, homophobia, and LGBT censorship at the National Museum last year. He said several Aboriginal and racialized employees said racism is commonplace and continues.

Harris wrote: “In fact, the smell comes from sweaters that were used as part of other employees’ uniforms but were not washed. The employee described a humiliating experience and had to bring unwashed clothes to prove their bodies. It’s clean.”

She said that although the employee apologized, she did not admit to using racist stereotypes.

Harris’ final 81-page report covers everything from systemic racism to sexual harassment and censorship, which makes LGBT, Women’s rights and abortion Materials shown during the tour.

Her report stated that she discovered two other allegations of sexual harassment during the investigation.

In one case, a female employee complained about sexual harassment by another colleague who had never been interviewed by anyone in the human resources department.

The report stated that the manager to whom the complainant reported the matter was one of two managers who were found to have mishandled complaints of harassment of indigenous and ethnic women in the museum.

Harris said that the museum’s failure to provide sexual harassment training to all employees by the fall of 2020 was a structural failure.

LGBT content is omitted or hidden Harris said that six times in 2017 and one time in 2015, the museum also took action on request to avoid women’s rights and abortion.

She said that at the same time that the museum stopped blocking LGBT content from visitors, the practice also stopped.

Harris said the museum has made significant efforts to implement the 44 recommendations she made during the preliminary review. Her report attributed Isha Khan, the chief executive of the museum, to her “thoughtful guidance.”

Khan said on Monday that the museum is “committed to taking action”.

“[We’re] Committed to making changes here, I feel that we are on the right track and people recognize this, but there is still a lot of work to be done. We know we need to win trust through our actions,” Khan said in an interview with CBC Say the news.

Khan, who was appointed chief executive after John Young’s departure, said she is working hard to rebuild trust.

She would not say whether anyone was responsible for what happened in the museum.

“When I talk about accountability, I mean everyone needs to take responsibility. It’s not just pointing here, hiring and firing here, it means changing the way we think.”

Harris’ final report made 16 new recommendations. These include anti-racism and unconscious bias training for all staff, as well as specialized training for human resources personnel dealing with sexual harassment investigations.