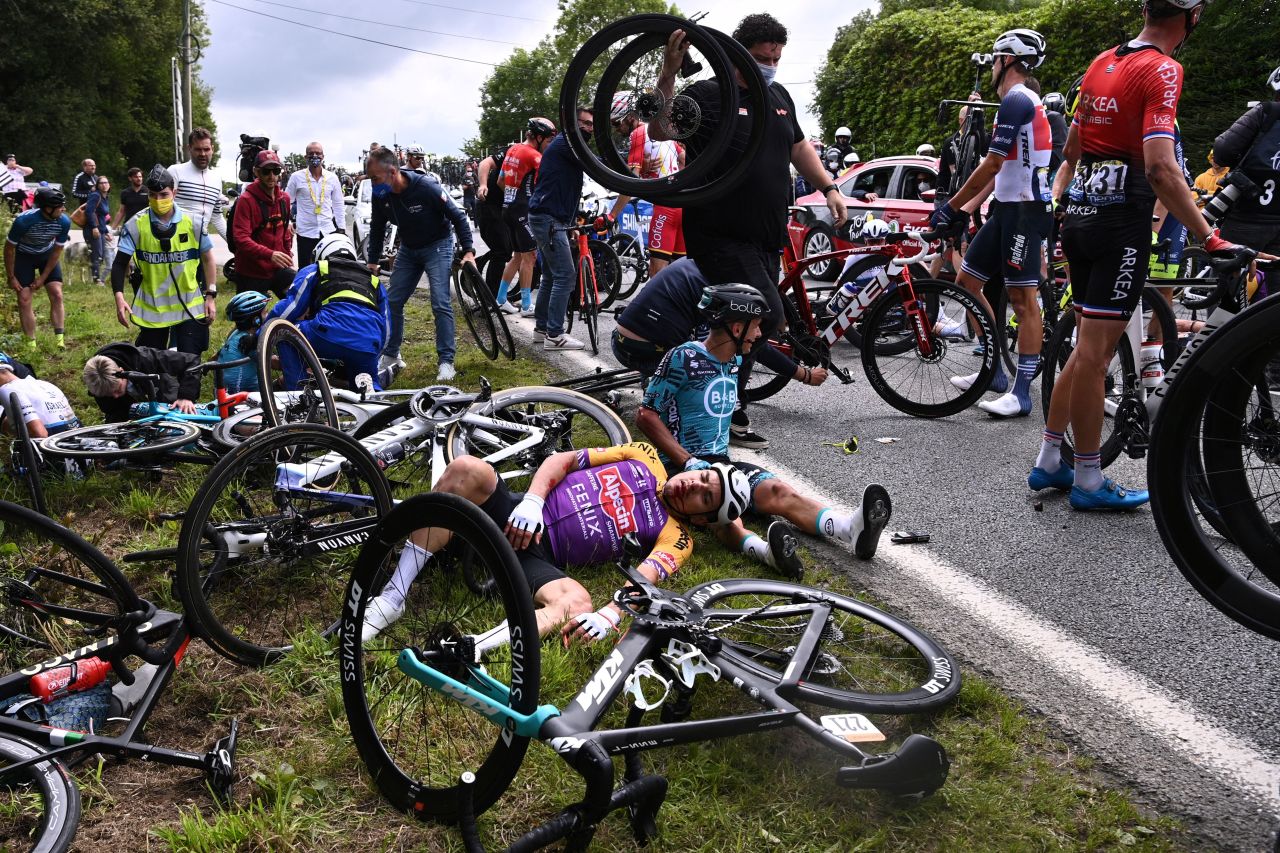 Watch: Spectators of the Tour de France cause a mass crash after holding a sign on the road of oncoming cyclists


(NEXSTAR)-The organizing group of the Tour de France is filing a complaint against a spectator who caused a massive crash on the first day of the race.

According to reports, spectators who fled after the accident have been holding a placard that read “Allez Opi-Omi!” (roughly translated as “Go Grandpa-Grandpa”) about 45 kilometers from the finish line of the first stage. Sports Illustrated Report.

In the footage of the incident, she can be seen with her back facing the oncoming bicycle, stretching the sign towards the road when German cyclist Tony Martin approaches. Martin hit the sign and fell to the ground, causing dozens of other cyclists to pile up.

Photos after the accident showed that several cyclists were beaten, bruised and required medical attention.

The official Twitter account of the Tour de France later appealed to viewers on social media, albeit indirectly.

“We are happy to let the public stand on the roadside of #TDF2021,” positionTon read“But to make the tour a success, please respect the safety of the drivers! Don’t risk taking photos or being on TV!”

Christian Prudholm, director of the Tour de France, later told the news media West france The Amaury Sports Organization (ASO), which organizes the competition, is filing a complaint with an undisclosed audience. The media further reported that she fled the scene after the accident.

At the same time, fans of the Tour de France said Saturday’s crash was Worst I have ever seen In the game.

“Allez Opi-Omi…you are ashamed!” one Twitter user wrote next to a photo of cyclists piled up on the road.

This large-scale accident is just one of two crashes on the first day of the race. Another involved dozens of cyclists, which happened close to the finish line, NBC Sports Report.

Despite the accident, French cyclist Julian Alaphilippe-reportedly involved in the first crash-eventually won the first stage of the race. In the next few weeks, Phase 2 to Phase 21 will be carried out every day, excluding the two scheduled rest days.