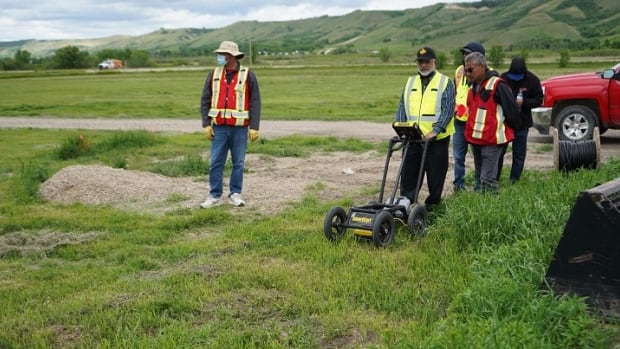 On Saturday night, hundreds of individual lamps will be placed on the site of a former boarding school in Cowessess First Nation to commemorate the people buried in the 751 unmarked graves at the site.

Earlier this week, Cowessess First Nation’s band leader stated that a ground penetrating radar search of the former Marieval boarding school site found unmarked graves. Arouse anger and sadness across the country and even the world.

On Saturday night at 7:30 CST, a cemetery vigil will be held in the community, starting with ceremonial paintings and prayers.

Then, at 7:51pm, CST will observe a moment of silence for those in the unmarked tomb, then the speaker and watch the 751 individual solar lights placed on the scene.

“These practices, these agreements from birth to death are important in aboriginal countries,” said Barry Kennedy, a survivor of the school who was taken away from a First Nations family with a water bottle.

“So, to commemorate all these former students, these cemeteries, and all the traditional etiquette, I praise Cowessess First Nation. I support them, and I stand with them.”

Kennedy said that many of the people buried at the site are believed to be forced to attend school. The Saturday ceremony was hosted by the Cowessess Youth Committee and the Chief Red Bear Children’s Lodge, providing important recognition for the survivors and the dead.

“What does truth mean to you?”

Kennedy, who now lives in Yorkton, Sask, said that after the news of the unmarked grave, the support of non-indigenous community members is important because it shows that indigenous people are not alone.

However, he remains skeptical of politicians who express solidarity outside the community.

Kennedy pointed out that the final report issued by the Canadian Truth and Reconciliation Commission more than five years ago detailed the terror and abuse suffered by those forced to attend school.

For those who have just stepped up to show their support, “I will ask them: What does the truth mean to you? What does reconciliation mean to you?” Kennedy said.

“This is something we all have to ask ourselves,” he said, pointing to reports of large-scale cemeteries in Saskatchewan And BC Expose the already well-known truth to the members and leaders of Indigenous communities.

Watch | Cowesses Chief Cadmus Delorme on how his community handles the discovery of unmarked graves:

Warning: This story contains distressing details. Chief Cadmus Delorme of Cowessess First Nation talked to Ian Hanomansing about how the community responded to the 751 unmarked graves found near a boarding school in Saskatchewan and the historical racism faced by indigenous people. 6:42

“We have relatives [buried] Here comes from the neighboring aborigines, from [rural municipality], From the town, from the seaside. So we have a lot of tourists to show their respect,” he said.

Lerat also said that the community has been burning people in unmarked graves for four days to help guide them home.

He said many community members want to ensure that these cemeteries are thoroughly inspected, through a “clear and concise” inspection to determine who is buried there, where they came from, and what kind of funerals are provided.

Lerat hopes to provide support and resources to the community to help those who are still affected by the lasting impact of recently discovered and forced assimilation agencies, because some elders in the community still cannot talk about their experiences.

He believes that the findings on Cowessess will help the rest of the world understand the extent of the pain caused by schools.

“This is heartwarming to me because they have been unknown, but now they are recognized,” he said.

The vigil on Saturday will be conducted under strict COVID-19 protocol, and masks must be worn throughout the event. Attendance will be limited to 150 people, and speakers will start at 8:30 PM Central Standard Time.