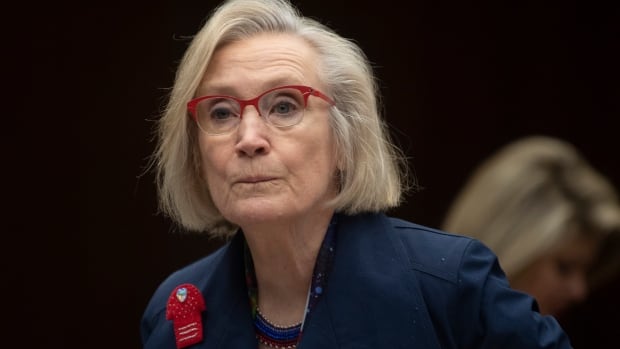 
The Union of Indian Chiefs of British Columbia, after sending the so-called “racist and derogatory message” to Indigenous Congressman Jody Wilson-Rebald, called on Federal Minister Carolyn Bennett to resign from the cabinet. .

Federal Minister of Royal Relations with Indigenous Peoples Bennett publicly apologized on Thursday after he stated that Wilson-Rebald’s concerns about boarding schools and the rights of Indigenous peoples were actually for obtaining a generous pension.

UBCIC stated in an open letter that an apology is not enough to make up for “extreme coldness, malice, and ignorance” [shown] Through racist information. “

The letter signed by Aboriginal chiefs Stuart Phillip, Don Tom and Judy Wilson read: “You imply that Senator Wilson-Raybold’s only motive for fighting for equality and justice is pensions. This is absolutely untrue. , Misogynistic, and condemned.”

Expressing disdain, disdain, & disrespect for indigenous peoples, as in our history

It claimed that using the term “pension”, Bennett continued a racial stereotype that “indigenous people are lazy and have only economic motives.”

Wilson-Raybould was one of 142 members of parliament elected for the first time on October 19, 2015. For these parliamentarians, if they lose in the elections held before October 19, 2021, they will lose their pensions.

Starting from the age of 65, they may lose at least more than $32,000 in retirement benefits each year. Based on the additional years of service, the amount will be indexed and become more generous.

Earlier in the day, Aboriginal lawmakers representing the Vancouver-Granville Riding Team criticized the Prime Minister on Twitter after they discovered 751 unmarked graves near a former boarding school in Saskatchewan.

UBCIC added that Bennett’s text messages dismissed the continuing problem of missing and murdered indigenous children on the land of the former boarding school.

It said that the text from the Minister of Royal Relations with Indigenous Peoples is particularly disturbing, “His highest responsibility is to protect and promote the ownership, rights and welfare of Indigenous Peoples.”