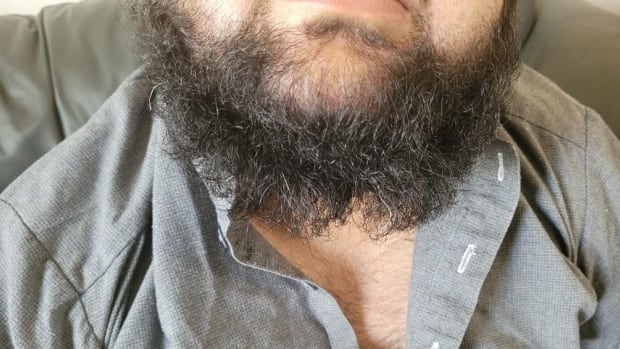 
Warning: This story contains details and injured images that readers may feel uneasy.

A man in Saskatoon said he was stabbed, beaten and had his beard cut off in the early morning racist attack.

Muhammad Kashif said the attack took place in an alley on the east side at around 5.30am on Friday morning of CST. He said that when another car drove from behind him, he was near the car where he was parked.

“They attacked me in the back with a knife or something,” Kasif said, adding that they also insulted him.

“Use F-word to say’Why are you here? We don’t like you as a Muslim, why do you wear this dress?’

“Then one took my hand and the other cut off my beard.”

Kashif said that he was stabbed in the arm and hit the head with the cane he used while walking, causing him to lose consciousness. He said that when he regained consciousness, the attacker had disappeared.

He lost his keys and cell phone in the attack and tried to seek help from his neighbors, but they all fell asleep. He was finally able to mark a person driving by.

Kashif was taken to the hospital, where he sewed 14 stitches to close the wound on his arm.

He said that the police came to the hospital and listened to his statement.

The Saskatoon police said that the serious attack team is investigating with the support of the Fair and Cultural Participation Department.

They asked anyone with information or who might have witnessed the attack to call the police.

Kashif said he was not sure if there were two or three attackers, but he recognized one of them who had abused him.

Kashif said he came to Saskatoon from Montreal in 2006.

Kashif said the attack frightened him, his wife and their three young children.

A walk against racism and Islamophobia was held in Saskatoon on Friday night. Ali Ahmed, Director of Social and Cultural Affairs of the Canadian Cultural Association of Saskatoon Pakistan, is one of the organizers.

He said that the walk was originally arranged in response to the June 6th attack in London, Ontario, which killed four members of a Muslim family while out for a walk, but more incidents have occurred since then, such as The most recent attack was on the outskirts of Edmonton, a man with a knife and two sisters wearing a turban, and the Saskatoon incident on Friday morning.

“Of course I am angry and scared [when told of Friday’s attack],” Ahmed said. “But more importantly, I am confused. I don’t want such incidents to happen in my city or my home. “

Ahmed said there is fear in the community.

“We need to assure them that they are safe,” he said. “We need to create a sense of security so that they can walk freely in this home, in this city they call home.”

Ahmed said that Saskatoon must develop a long-term strategy to deal with these heinous acts of violence.