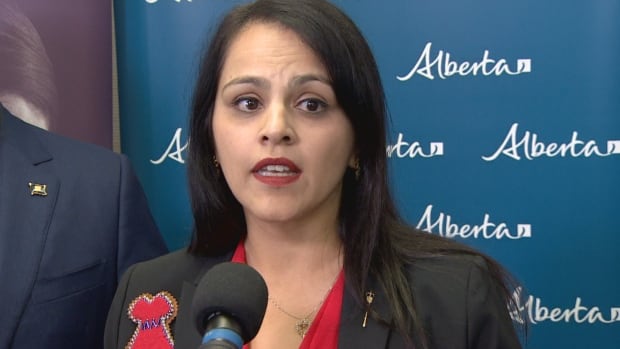 
Raman Sawhney, the 25-year-old daughter of the Alberta Minister of Community and Social Services Rajan Sawhney was allegedly caught, pushed, cursed and chased on the sidewalk in downtown Calgary by a white man late Friday morning.

At about 11 in the morning, Sawhney and friends drank coffee and walked near her office on Stephen Avenue. Then, from the peripheral light, she saw a tall man walking towards her quickly.

Sawhney told CBC News that since it was in broad daylight and she was walking in a densely populated area of ??the city, she didn’t think of anything at first.

“Suddenly, I was a bit hiding behind a pillar, and I saw that the man was very close to me,” she said.

“At that time and there, I knew he would put his hand on me.”

She said that the man grabbed Sony’s arm, pushed her, swears to her, and then chased her on the sidewalk.

My daughter is a victim of violence fuelled by hatred today. pic.twitter.com/OrxRtFFOJ2

Frightened, she threw the coffee to the man and ran across the road in safety. She said that once she escaped, she would call the police.

“I feel sick and speechless,” said Rajan, who is an MLA in northeast Calgary. He is a first-generation Canadian and his parents are from India.

“Someone dared to put their hands on my daughter, I was very angry.”

At the same time, she said, Sony “did not do its best.”

“This is a sad must [more alert] When you walk from home to the office,” Sawhney said, adding that the commute takes about five minutes.

“This time I really want to show my strength because I think it’s very important to be able to share this information with Albertans.”

In the past year, there have been many attacks on ethnic women in Alberta.

Earlier this month, a Somali Canadian woman wearing a headscarf was arrested Pulled by the neck and pushed onto the sidewalk In Edmonton.

In February, a black Muslim woman was Threatened by physical violence At a light rail station in Edmonton.

She said that the alleged attack on her daughter gave Rajan “more motivation than ever” to ensure that all women can walk in public without fear of being attacked.

Rajan said: “We are just going to reverse this situation, and we will ensure a very strong dialogue on this matter and raise awareness.”

“Hope people don’t become bystanders [and] Everyone speaks-not only the visible minorities, but all members. “

CBC News has contacted the Calgary Police on this matter, but has not yet received a response.