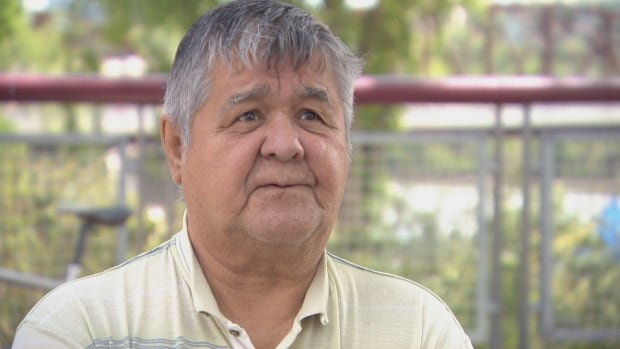 Robert Kakakawi started in the same way every morning: smearing and praying.

The survivor of Maryvale Boarding School in Saskatchewan said it was not about himself, but about the aboriginal families who could not hear their children calling for help.

Kakakawa said on the Canadian Broadcasting Corporation’s Saskatchewan program: “They must have been going through their lives, knowing that they will die. The end is coming, and you can’t do anything about it.” Afternoon edition, Referring to indigenous children forced to attend boarding schools.

On Thursday, Kakakawa paid attention to the news because Cowessess First Nation announced that 751 unmarked graves were believed to have been found near his former school, which operated from 1899 to 1997.

It is believed that not all graves are children’s graves, but this does not alleviate the trauma of boarding school survivors.

“I got dirty, prayed, and cried. Some unmarked graves may be relatives,” Kakakawa said.

Cowessess First Nation Chief Cadmus Delorme told CBC News that due to what happened in and near the former Marieval Indian boarding school in Saskatchewan, his community will treat the site as a “crime scene.” 6:20

His daily life is a way for him to return to culture, a culture that was considered guilty by many in the church that helped run the boarding school.

At the age of six, Kakakawa was taken from the White Bear Aboriginal community in southeastern Saskatchewan and was forced to attend Maryvale Boarding School, where the Roman Catholic Church tried to culturally assimilate him and other Aboriginal children .

Kakakawa records his experience in his book you Shouldn’t be Indian, It is very common to say that children are beaten every day.

He recalled seeing a boy tied up by the principal (a Catholic priest) for playing games.

Frank Badger, who was forced to attend St. Michael’s Indian Boarding School in Duck Lake, Sask State, said violence is common. At the age of six, his first physical punishment came from a logging chain, then two by four, followed by a broom, belt, and leather belt.

“I’m lucky to be out alive,” said the badger.

Kakakawa and the Badger are not the first people in their family to be sent to boarding school. Their parents and grandparents were also forced to participate.

“We cannot use our language. We cannot practice our culture. We go to church six to seven days a week,” said Badger.

“I always use the brush they use to wipe the floor…on my eyes, trying to remove some brown. I wish I could be a little whiter.

“They really make us believe that white people are smarter than us until I learn better.”

Intergenerational trauma continues to linger. The recently discovered unmarked graves, such as the tomb of the Maryval Boarding School, the largest such discovery in Canada to date, have brought more pain.

The journey of healing is not linear, but those who survived boarding schools have found ways to alleviate the trauma.

For Kaakaway, it is smearing and praying, and one pill a day. For Badger, it is to share his culture and Cree with as many people as possible.

Stephanie Scott, executive director of the National Center for Truth and Reconciliation, said in a statement: “The recognition of these unmarked graves represents a new chapter in our collective understanding of the destructive effects of the boarding school system. ”

“This is a legacy that continues to resonate among generations and influential communities on Turtle Island today.”

To help with recovery, the Winnipeg center called on federal and provincial governments, medical institutions, and Catholic entities to provide all records related to boarding schools across Canada.

“This terrible truth can no longer be ignored. The least that the government and the church have to do now is to provide the necessary records to determine the location of all children and allow the community to commemorate them with their rejected traditional rituals and etiquette,” Sko In particular.

Watch | Mi’kmaq’s lawyers say that “unless Canadians know everything”, the settlement will not happen:

Pam Palmet, a Mi’kmaq attorney at Ryerson University in Toronto, said the unmarked graves found by the aboriginals of Cowessess, Saskatchewan further illustrate Canada’s need to face this part of its history. She said that until then, there will be no meaningful reconciliation. 14:43