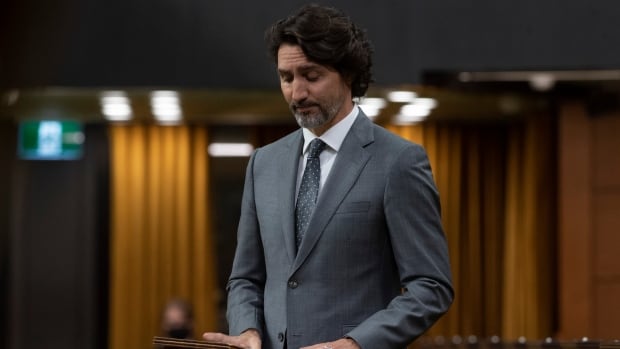 “Canada’s Responsibility”: Trudeau responds to reports that the boarding school did not mark graves

Canadian Prime Minister Justin Trudeau said today that the initial report of the discovery of 751 unmarked graves near a former boarding school in Saskatchewan was “Canada has a responsibility”, and the indigenous communities feel distressed. And sadness.

Trudeau said in a media statement: “I admit that these discoveries will only deepen the pain that families, survivors, and all the indigenous peoples and communities have already felt, and they reaffirm the truth that they already knew.”

“The injuries and traumas you feel are Canada’s responsibility. The government will continue to provide the funds and resources they need to expose these terrible mistakes to Indigenous communities across the country. Although we cannot bring back those lost, we can— —And we will — tell the truth about these injustices, and we will remember them forever.”

The Cowessess First Nations today announced its preliminary discovery of 751 unmarked graves in a cemetery near the former Marieval Indian Boarding School.

“These are not mass graves. These are unmarked graves,” Cowessess Chief Cadmus Delorme said at a virtual press conference this morning.

Delorm said there may be a grave mark at some point. He said that the Roman Catholic Church that manages the cemetery may have removed the markings sometime in the 1960s.

He said it is unclear whether all unmarked graves belong to children. Delorm said that the oral tradition of the Cowes aborigines says that both children and adults are buried there.

Trudeau said on Thursday night that he had spoken with Delorme and Perry Bellegarde, the National Chairman of the National Assembly of the First Nations, to discuss the unmarked graves.

Trudeau wrote on Twitter: “We are committed to working together in a true partnership to correct these historical mistakes and to advance reconciliation in a concrete, meaningful and lasting way.”

Me and the chief @CadmusD And the country chief @Justin Trudeau

Trudeau said in a statement: “The Marieval and Kamloops investigations are part of a larger tragedy. They are a shameful reminder of the systematic racism, discrimination and discrimination that indigenous peoples face—and will continue to face—in this country. injustice.”

“Together we must acknowledge this fact, learn from the past, and follow the common path of reconciliation, so that we can build a better future.”

Marion Buller, who was the chief commissioner of the national investigation of missing and murdered indigenous women and girls, said today that she would like to hear more from the prime minister, not just “thoughts and prayers.”

“This is a very good statement. A carefully crafted statement of sympathy and empathy, but without any action,” Buhler told CBC News.

Buhler pointed out that Trudeau has repeatedly stated that for Canada, there is nothing more important than the relationship between the crown and the indigenous people.

“Prove this with concrete actions. Publish documents. Stop taking action in the Federal Court on the application of the Jordanian Principles. Take responsibility. Recognize. Move forward. Propose what we can all do, what you can do. [as] The government, if you are elected again,” Buhler told host Suhana Meharchand.

Buhler was referring to documents and records that some churches that run boarding schools have so far refused to make public.

The federal government is fighting a ruling by the Canadian Human Rights Tribunal in court, which to a certain extent expands the scope of application of the Jordanian Principles, which stipulate that First Nations children on reservations shall not wait for important social services because The government cannot decide who should pay for them.

Conservative party leader Erin O’Toole said today that his party acknowledged that “all indigenous people and boarding school survivors are experiencing deep grief and condolences at this time.”

O’Toole said in a media statement: “Our hearts grieve for Cowessess First Nation and the surrounding Aboriginal communities, and they are sharing this trauma.”

“This discovery is a serious reminder that more work needs to be done to address the destructive and harmful effects of boarding schools on many survivors today.”

In December, O’Toole walks back to the comment He told students at Ryerson University that the boarding school system is designed to “educate” indigenous children before they go off track and become a “horrible project”.

In today’s statement, O’Toole pointed out that he called on the Liberal government to provide a swift timetable and funding to implement the Truth and Reconciliation Commission’s Calls for Action No. 71 to 76-focusing on missing children and identifying cemeteries.

New Democratic Party leader Jagmit Singh called on the federal government to implement each of the 94 recommendations of the Truth and Reconciliation Commission.

“Chief Cadmus Delorme announced the discovery of 751 unmarked graves at Marieval Boarding School, which is heartbreaking and further proof of the genocide of indigenous peoples in this country,” Singh said in a statement today.

Another 751 unmarked graves of indigenous corpses have been found.

Moreover, it is not enough for the Liberal government to express condolences.

As long as Justin Trudeau fights Aboriginal children in court, the legacy of injustice will continue.

“Indigenous people deserve more than words and promises. These terrible discoveries are undeniably clear that the federal government has failed and is continuing to fail the First Nations, Inuit and Metis communities.”

According to a CBC News TrackerAmong the TRC’s recommendations, 13 have been completed, 61 are in progress, and 20 have not yet been launched.

According to the National Truth and Reconciliation Center, more than 150,000 Aboriginal, Inuit and Metis children are enrolled in boarding schools in Canada.

The former Senator Murray Sinclair, who chaired the Truth and Reconciliation Commission, estimated that At least 6,000 children died In the boarding school system.

TRC describes the intention of these schools as “cultural genocide.”

How to get help