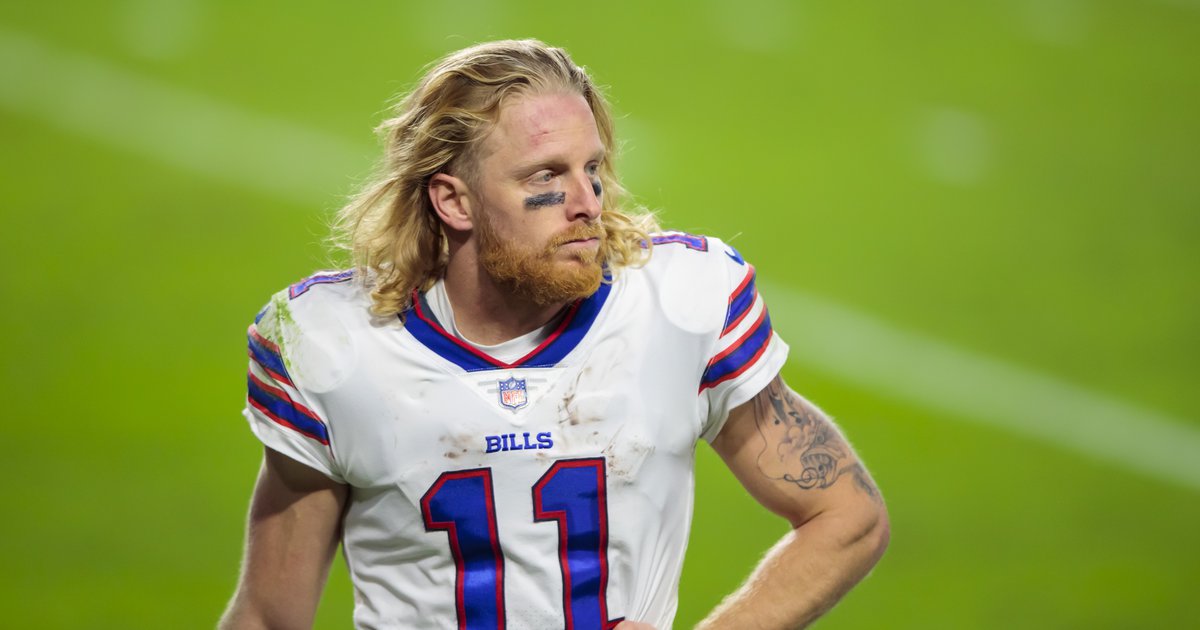 Boom roasted: Poking fun at the rest of the NFL’s teams


This week, all week long, we’ve been taking a 100 percent vitriolic look at each of the teams in the NFC East, in detail, while ignoring the positives. The first target on Monday was the Cowboys. On Tuesday, we roasted the Giants. On Wednesday, we poked fun at the Washington Football Team.

Today, before we finish off the series with the Philadelphia Eagles on Friday, we’ll poke a little fun at the rest of the NFL.

• Dolphins: Tua Tagovailoa has gotten some heat for his play in 2020, which seemed confusing to me, given his stats, which really don’t look that bad (for a rookie, anyway). Because I cover the Eagles, and Miami traded their 2022 first-round pick to Philly, I was interested in taking a look at Tua’s actual play, and… ?.

I’ll just say that if I were the Dolphins, I’d have tried to trade the 49ers’ 2022 first-round pick to Philly instead of my own pick. Boom roasted.

• Patri*ts: The New England Patri*ts are cheaters. By definition, that’s simply what they are, as they have been caught cheating on multiple occasions. Factually, they are recidivist cheaters.

If there are any Patri*ts fans reading this, a word of advice — Stop talking yourselves into whatever conspiracy you’d like about your cheating team, and just own it. Their acc*mplishments over the last two decades are tainted. Period. And there’s little question that cheating aided them along the way, or else, you know, they wouldn’t continuously cheat. And really, we only know about the things they’ve been caught doing. Who knows what other cheating initiatives they have gotten away with.

If it makes you feel any better, I don’t even blame the Patri*ts as much as I blame the NFL for enabling them to continue cheating. I mean, when the commissioner orders the destruction of evidence after you’ve been caught cheating, why would you stop?

So the next time a rival fan reminds you that your team will forever be synonymous with cheating, resist the urge to reply with a link to that dipshit YourTeamCheats website, and just own it.

Oh, also, your team sucks now without Tom Brady. The run is over. Boom roasted.

• Jets: Last week, someone asked Woody Johnson, who served as the ambassador to the United Kingdom during Donald Trump’s presidency, “Do you regret working for a president who falsely claimed the election was stolen?” Lol. He didn’t want to talk about any of that. I guess I wouldn’t either.

Anyway, bad ownership usually results in a bad product on the field. Sometimes it’s “slap you in the face” obvious, like it is with Daniel Snyder. Other times, it takes a little while to realize why a team is so bad for so long, and then something like this emerges.

And then it’s like, “Ohhhhh, OK I get it now,” though I assume the rest of us are way behind Jets fans in having realized this. Boom roasted.

• Steelers: Hey, it’s kinda been a while since you guys won a playoff game. 1980 days, to be exact. Actually, only 11 teams have a longer playoff win drought — the Bengals, Lions, Dolphins, Raiders, Football Team, Jets, Bears, Giants, Cardinals, Panthers, and Broncos.

• Ravens: Lamar Jackson is probably my favorite player to watch in the NFL. Unfortunately for Baltimore, the advantage of having him on a rookie deal will soon be over. But in addition to that, whenever Jackson’s new deal gets done, it is very likely going to cost over $40 million per year, which has to be a terrifying thought for the Ravens, given his play style is (a) not conducive to longevity and (b) more prone to sharp decline than the more traditional pocket passer. Boom roasted.

• Browns: Travis Kelce recently said that the Browns and Chiefs are “neck and neck.” Spoiler: They’re not. Kelce was either just being nice, or he immediately turned to a friend and said, “I bet they print that, lol.” The Browns had a point differential of -11 last season. They’re closer to being “neck and neck” with the 4-12 Falcons (-18) than the freaking Chiefs (+111). Boom roasted.

• Bengals: Who cares? Next.

• Titans: One of the underrated moments of the 2020 season was when Ravens players had the wherewithal to jointly go to midfield and stomp on the Titans’ logo after a game-sealing INT in the playoffs, a month after the Titans had stomped on Baltimore’s logo.

That must have been difficult to watch. Boom roasted.

• Colts: Make all the excuses you want for his 2020 season, but Carson Wentz stunk on his own merit last season.

• Jaguars: Urban Meyer is a bad guy, and I hope he fails miserably. Boom roasted.

• Chiefs: I had hopes for Patrick Mahomes eventually unseating Tom Brady as the greatest of all time, but that ship has sailed. No matter what Mahomes does the rest of his career, he lost to Brady in the Super Bowl, and it doesn’t really matter how undermanned his supporting cast was compared to Brady’s in that game. Look, I’m as bummed about it as you are. Boom roasted. ?

• Chargers: This team suckers me in every year during the offseason, and then they go like 7-9 or 5-11. But this year it’ll be different because (fill in some reason it won’t be different). Boom roasted.

The fact that John Elway is the worst quarterback evaluator in the NFL is wild. Boom roasted.

• Packers: As an outsider looking at the Aaron Rodgers – Brian Gutekunst beef, if reporting is accurate that Rodgers would rather retire before he returns to the team with Gutekunst still serving as the team’s GM, if it is indeed that simple, is there even a decision here?

I mean, on one side you have an irreplaceable player, the literal MVP of the league in 2020, who gives you a chance to go to the Super Bowl every year. On the other side, you have… just a guy, who sometimes wears Croakies, no less.

The NFL desperately wants to avoid giving players control, and we’re seeing quarterbacks begin to test that dynamic. If the Packers choose this GM over one of the best players in NFL history, I mean, just, ?.

Oh, and by the way, when the Bears traded up with the Giants from pick No. 20 to pick No. 12, it was the first time Dave Gettleman had ever traded back in his nine years as a general manager. And not just in the first round. Literally, ever, in any round. So that should give you an indication of how much the Bears gave up in future resources to take Fields.

PSA for NFL owners: If your head coach and/or GM are on the hot seat and fearing for their jobs, never ever ever ever let them make moves motivated by job survival. Boom roasted.

• Vikings: This was after a QB sneak, in a meaningless, already-eliminated game, against the Lions.

He did that unironically! Boom roasted.

• Lions: The four teams that played on Thanksgiving last year had a combined point differential of -294. Would I prefer watching actual good teams play on Thanksgiving? Yes. Yes I would. I think many of you would agree.

I’ve come to terms with the Cowboys playing on Thanksgiving every year, because at least they have a lot of fans, and it’s fun to watch them getting wrecked in front of a national audience, complete with obligatory shots of angry Jerry Jones in the luxury box.

But why are the Lions still playing on Thanksgiving?

(In Abraham Simpson voice)… “Well, you see, it all started back in 1945, when (fill in some 30-minute story nobody outside of Detroit gives a rat’s ass about).” Boom roasted.

• Saints: The present day Saints kind of remind me of the Atlanta Braves during their 15-year run from 1991 to 2005, in which the Braves made the playoffs 14 out of 15 years, but only ended up with one World Series Championship to show for it. Of course, those Braves teams did make it to World Series four other times, so maybe the Saints are like a bootleg version of them. Is there a word for repeatedly falling short of expectations, and shriveling in big moments, Sean Payton?

Anyway, the Saints’ run, which fell short so, so, so many times — and even had a reprehensible scandal in which they paid players to purposely injure opponents along the way — is now probably over with the retirement of Drew Brees. Boom roasted.

“It’s everyone’s choice whether they want to get vaccinated or not,” Darnold said. “For me, I’m staying by myself right now. I don’t have a family or anything like that. There’s a ton of different things that go into it. I’m gonna evaluate that on my own and make the best decision that I feel like is the best for myself.”

So Darnold can’t process information quickly and make correct decisions? Hmm, sounds like his tenure with the Jets. Boom roasted.

• Seahawks: In 2019, in the Wildcard round of the playoffs, a Jadeveon Clowney cheap shot knocked Carson Wentz out of the game.

In 2020 in the Wildcard round of the playoffs, a Jamal Adams cheap shot knocked John Wolford out of the game.

Feels like a trend! This dirty-ass team deserves to have Russell Wilson turn into 2020 Carson Wentz. Boom roasted.

• Rams: The Rams finished No. 1 in points allowed and yards allowed in 2020. The strength of that team, obviously, was the defense. Remember back in 2018 when the Bears had the best defense in the NFL, and then their defensive coordinator became a head coach for someone else, and the defense has just been good (not great) since? Well, that’s coming soon to the Rams. Boom roasted.

• Cardinals: The Cardinals signed J.J. Watt, A.J. Green, and Malcolm Butler this offseason, which would be awesome if it were 2015. Boom roasted.

• 49ers: Yes, we’re a full season removed from the Niners’ appearance in the Super Bowl, but I remain steadfast in my belief that they shouldn’t have blown a 10-point lead in the fourth quarter of that game. Boom roasted.