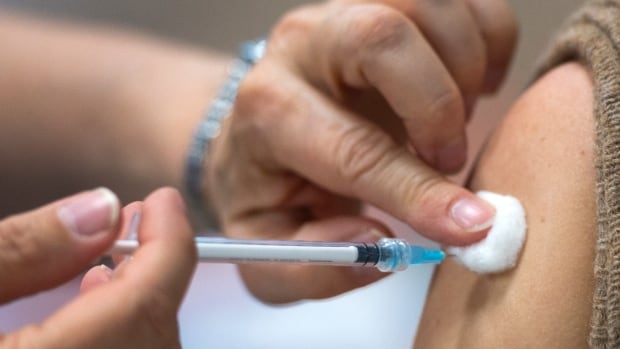 The US Centers for Disease Control and Prevention stated that the mRNA COVID-19 vaccine may be a “new cause” of heart inflammation, but the advantages outweigh the disadvantages


The Centers for Disease Control and Prevention (CDC) now says that people have reported more heart inflammation after vaccinating the mRNA-based COVID-19 vaccine than expected and may be related to the vaccine, but the benefits of vaccination still outweigh any risks.

In Wednesday’s report, the CDC’s Advisory Committee on Immunization Practices (ACIP) pointed out that early data from its database showed that within 21 days after vaccination, the rate of reported cases of first vaccination of any mRNA vaccine per million was 4.4 heart cases. Inflammation.

This rate jumped to 12.6 reported cases per million second dose.

These reports are more than expected, especially after the second dose in the younger age group. Early data on cases in the 12 to 39-year-old population indicate that the incidence is higher in men than in women.

In his speech, Dr. Matt Daly, Chairman of the ACIP COVID-19 Vaccine Working Group, emphasized the strength of the US vaccine safety surveillance system.

“However, nothing in life is absolutely risk-free,” he said. “Moreover, we have learned from decades of experience in other vaccines that rare but potentially serious events may occur after vaccination.”

The mechanism is not clear

The CDC has been investigating cases of heart inflammation mainly in young men for several months and stated earlier this month that it is still assessing the risk of the disease and has not confirmed a causal relationship between the vaccine and heart problems. .

On Wednesday, the CDC’s working group stated that existing data do indeed indicate a possible link between myocarditis and mRNA vaccination in adolescents and young adults.

“We don’t yet know the underlying mechanism,” said Dr. Matthew Oster, a member of the CDC’s COVID-19 Vaccine Working Group, in a speech.

He said that myocarditis is rare, but it is not a new disease, and the results of the study indicate that the mRNA vaccine “may be a new cause.”

The CDC available results also show that patients with heart inflammation after vaccination usually recover from symptoms, including chest pain.

“At present, the benefits of COVID-19 vaccine for teenagers and young adults still clearly outweigh the risks,” read a slide in the presentation.

Watch | Report of a small number of children with heart inflammation after vaccination:

A small number of children who received the Pfizer-BioNTech vaccine reported heart swelling. Researchers and officials are closely tracking this phenomenon, but so far, they have not found the cause of the panic. 2:03

Reported in various countries/regions including Canada

This finding came after reports of heart inflammation after vaccination in the United States, Italy, Israel, and Canada.

In Israel, 275 cases of myocarditis were reported between December 2020 and May 2021 The Ministry of Health said in early June that more than 5 million people had been vaccinated.

Most patients who have experienced cardiac inflammation have been hospitalized for less than four days, and 95% of cases are classified as mild.

The latest Canadian vaccine safety data show that as of June 11, at least 53 cases of myocarditis or pericarditis have been reported to Health Canada or the Public Health Agency of Canada, most of which occurred after being vaccinated with the mRNA vaccine produced by Pfizer BioNTech and Moderna .

“So far, no clear link has been established between myocarditis/pericarditis and the COVID-19 vaccine,” Read the latest federal vaccine safety updates.

Pfizer’s vaccine has been approved for use in Americans as young as 12 years old, and has previously stated that it has not observed a higher incidence of cardiac inflammation than the general population normally expects.

Moderna also stated that it was unable to determine a causal relationship with the heart inflammation case and its vaccine.