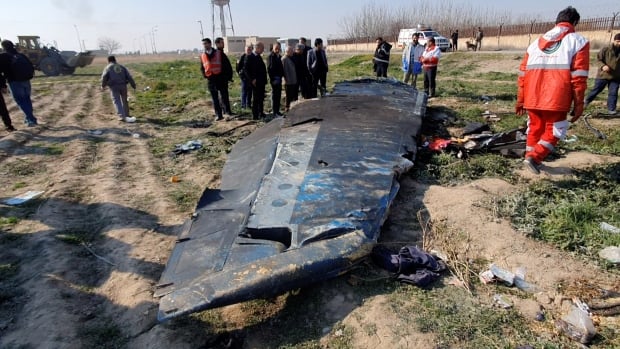 
CBC News learned that Canada conducted an eight-month forensic examination of the damage to flight PS752, which showed that Canada had no evidence of its own to prove that the disaster was “premeditated.”

CBC News reviewed a long-awaited copy of a non-confidential report about the circumstances and reasons for the destruction of the aircraft. According to the former CSIS director who led the investigation, the analysis is based on all the evidence and intelligence available to the Canadian government.

The report said: “Although the forensic team found no evidence that the downing of flight PS752 was premeditated, this will never exempt Iran from responsibility for the deaths of 176 innocent people.”

The report stated that the team concluded that Iran “failed” to provide a “reliable explanation” as to how and why a branch of the country’s army shot down the plane.

The report stated: “Given all the information available, the forensic team concluded that a series of actions and negligence by the Iranian civilian and military authorities have caused a dangerous situation, and the previously identified risks are underestimated and not taken seriously.”

The report stated that the forensic team analyzed the information it had, but “only Iran has full access to the evidence, the crash site, and witnesses.

“Iran has a responsibility to provide clear answers to all aspects of this tragedy.”

The world cannot allow Iran to “hide” behind the “scapegoat”: Trudeau

The report paved the way for Ottawa to move forward and decide what sanctions (if any) will be imposed on Iran.

Canadian Prime Minister Justin Trudeau wrote a letter to the family in the report. He said in it that the government will seek all available options, including the International Court of Justice in The Hague.

“The shooting down cannot be easily attributed to a small number of junior personnel. The senior regime officials who caused this tragedy have made a decision that the world must not allow them to hide behind a small number of low-level scapegoats and get away with it.”

More than 17 months ago, the Iranian Islamic Revolutionary Guards used two surface-to-air missiles to shoot down Ukraine International Airlines Flight 752 over Tehran, killing all 176 passengers, including 138 people with ties to Canada.

Officials said that since the tragedy, Iran’s behavior has convinced Ottawa that it cannot trust Tehran’s description of the incident-which is why Canada has relied on a domestic professional team to trace the facts.Former Canadian Foreign Minister Francois-Philippe Champagne said He doesn’t believe Iran’s claim to be blamed on human error.

“Iranian civilian and military authorities-through their actions and inaction-created conditions to directly put PS752 flight and other civilian aircraft in danger. [surface-to-air-missile] Operators may launch missiles at them and fail to take adequate precautions to reduce this high risk,” the report said.

“Iran’s lack of transparency is deeply disturbing,” Yaworski told the parliamentary committee on June 10. “Its official description of the incident is dishonest, misleading and superficial, and deliberately ignores key factors. Iran refuses to provide answers to key questions.”

Yaworski said that for more than eight months, the team has been “screening large amounts of data, working with our allies, and deciphering intelligence where possible, while protecting the source.”

Yaworski said the team also used the valuable detective work of the victims’ families, including information about other flights, surface-to-air missile systems and their operators.

The PS752 Flight Victim’s Family Association created its own team of fact investigators and used its network of contacts around the world and in Iran to share clues with Yaworski’s team.

Yaworski said that in some cases, families may put themselves at risk.

Yaworski told the committee: “I recognize that it is risky for family members to collect this information, especially considering the actions taken by Iran.” He added, thanking them very much for their contributions.

The families of the victims said that the head of the RCMP told them that the case was Investigations on Canadian land are too difficult and complicated Because only Iran has access to the evidence collected from the scene.

In the three days after the plane was destroyed, Iran denied any responsibility. Only after the worldwide evidence increased did Iranian officials say that their troops “wrongly” shot down the passenger plane.

Within a few days, the crash site was flattened. Family members claimed that the victim’s wedding ring, wallet and luggage were looted.Regime officials banned family members from planning their own funerals, and the funerals arranged by the state for the victims of the fall have banners on the coffins. Congratulations on their “martyrdom”.

The Iranian authorities spent six months downloading and analyzing the aircraft’s flight data recorders-and Canada did not have access to these data. In the past year, families of victims in Canada have reported being followed, threatened, and intimidated by suspicious individuals.

Iran’s final report on the disaster insisted that the aircraft was accidentally shot down in January 2020 after being “misidentified” by air defense forces as a “hostile target”.

This report by the Iranian Aircraft Accident Investigation Committee supports the Iranian government’s claim that the cause of the destruction of flight PS752 was human error, not a deliberate military attack. Canadian officials stated that Iran failed to prove that the PS752 flight was shot down by mistake and called the investigation results “incomplete.”