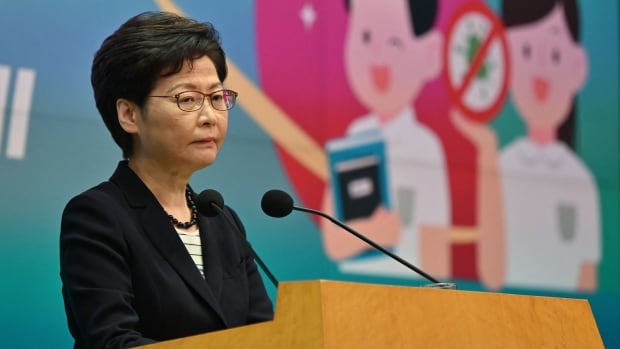 
On Wednesday, Hong Kong police arrested a columnist for the democracy tabloid “Apple Daily” on suspicion of conspiring to collude with foreign countries or foreign powers and hit the besieged newspaper again.

The police froze the assets of companies linked to the newspaper last week and arrested five executives, a move that may force the newspaper to close this week.

The police stated that dozens of articles in Apple Daily may have violated security laws. This is the first case of authorities targeting media articles under legislation.

The police usually do not disclose the name of the arrested person, but said they arrested a 55-year-old man on national security charges. An executive at Next Digital, which publishes Apple Daily, said that a lead editorial writer and a reporter were arrested, but did not disclose their identities. It is not yet clear why the reporter was arrested.

A police representative said that they had no immediate information about the second arrest.

Since Apple Daily’s tycoon boss and staunch Beijing critic Lai Zhiming was arrested under controversial legislation last year, Apple Daily has faced increasing pressure. According to the National Security Law, Lai’s assets have also been frozen, and he has been sentenced to jail for participating in an unauthorized assembly.

According to an internal employee memo seen by Reuters, the tabloid with about 600 reporters appears to be closed on Saturday.