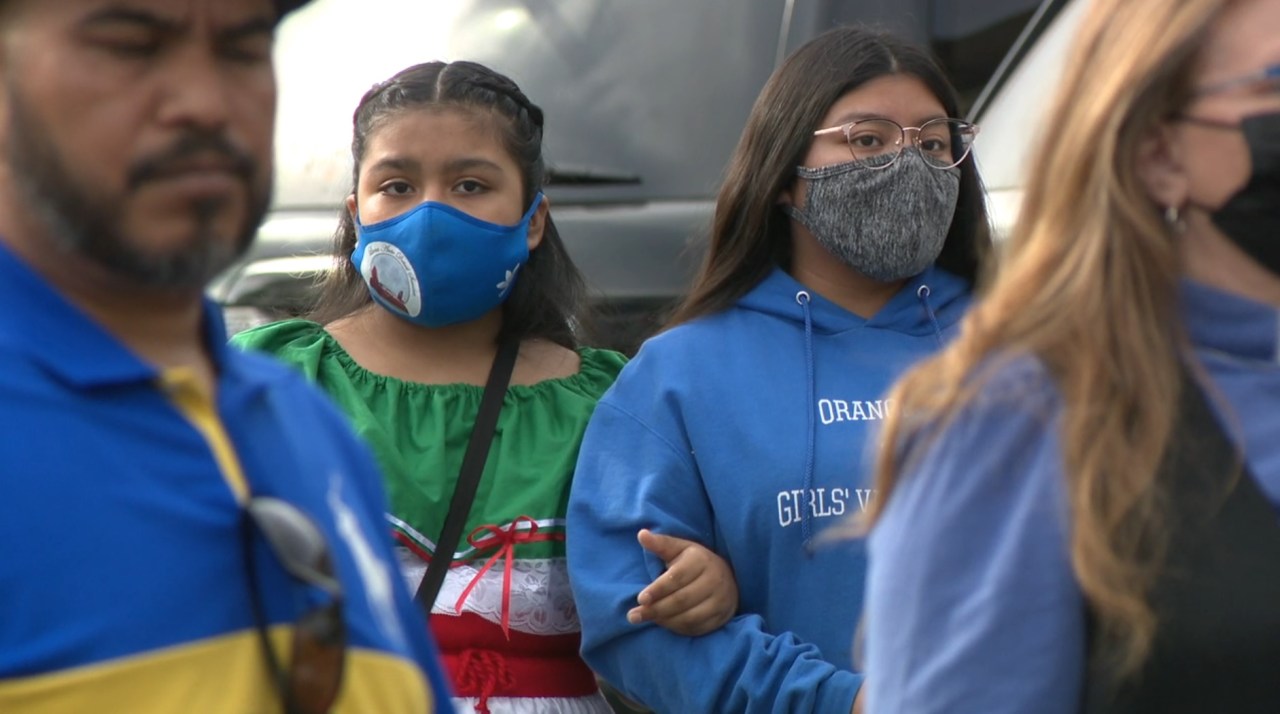 Escondido, Calif. — Supporters and students of Orange Glen High School rallied before the Escondido United High School District meeting on Tuesday to call for accountability in the wake of racist incidents over the weekend.

“Once you start to cross certain boundaries and boundaries, you will take basketball. Now things are different,” said Lizardo Reynoso, assistant coach of the Orange Glen High School basketball team.

On Saturday, after Coronado High School and OGHS faced off in the CIF Regional Championship basketball game, emotions were still lingering. The game ended with a lore, Coronado won, and soon the camera caught the tortilla being thrown at Orange Glen, the predominantly Latino team.

“You don’t put tortillas in your back pocket. This is premeditated,” said Maya Feiga, a former OGHS student.

Although the incident occurred in Coronado, people still call on the Escondido United High School District to condemn racism and call for accountability.

“We hope to provide a platform for the affected communities in Escondido to express their opinions and disgust so that we can water them with love,” Tazheen Nizam, director of the San Diego Committee on American-Islamic Relations Say. .

After the incident, the Coronado Unified School District, Coronado Police and CIF all launched independent investigations. Also on Tuesday, the trustees of the Coronado United Board of Directors voted unanimously to remove the school’s basketball coach JD Laaperi.

Senior leaders of the Escondido Alliance pointed out late Tuesday that they are also investigating the matter in depth.

“Those who did the wrong thing must be held accountable. This is the most important thing for us,” Superintendent Anne Staffieri said. “We all want a cure, which can only happen after proper accountability takes place.”

Escondido Union High School District will hold a special board meeting on Thursday to vote on a resolution that formally condemns racism and is committed to the fairness and safety of all students.

The meeting is scheduled to be held at the district headquarters at 5:45 pm.