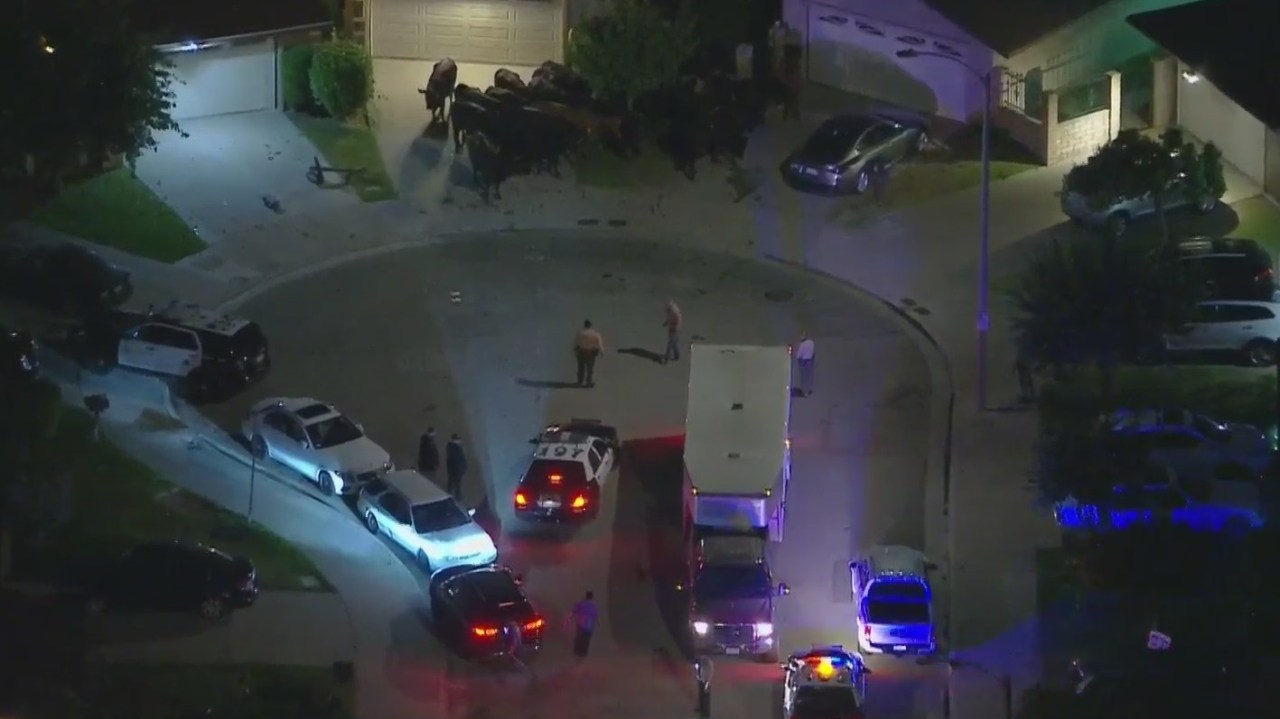 The cows fled the slaughterhouse in Pico Rivera; 1 was shot by a representative who was trying to round them up

On Tuesday night, a group of cattle that had escaped from the local slaughterhouse were surrounded in a dead end in Pico Rivera, but officials said one of the cattle was shot and killed by the police while staff were rounding up livestock.

Officials from the Los Angeles County Sheriff said that shortly after 7:30pm, the authorities received a call about several cows on Beverly Avenue and responded to the area.

The Sky5 video showed that at the end of a dead end in the 8700 block of Friendship Avenue, about half a mile north of Beverly Avenue, at least 20 cows were huddled together. Several law enforcement vehicles stopped them.

A cow sits alone in the middle of the road, not far from the other cows, close to a pool of blood.

Deputy Representative Tracy Koerner, spokesperson for the Sheriff’s Department, said that the officer opened fire on a cow, but did not immediately explain why.

The firefighters looked after the cattle on the spot. There is also an empty stroller nearby with discarded items on the ground.

Martin Rangel, a dispatcher from the Los Angeles County Fire Department, said that fire officials arrived at the scene around 8:30 pm and sent a patient to the trauma center 20 minutes later. However, Rangel was unable to provide more detailed information about this person or how they were injured.

At about 9:45 in the evening, when the cows were loaded into the trailer, the three cows fled the dead end and led the representatives through the town to hunt. They can be seen driving side by side with vehicles in the Beverly Avenue and Rosemead Avenue areas.

A resident said that the sheriff’s vehicle was following nearby cows, “like a group of presidents.”

Early in the evening, Daisy Laureano Share video to Facebook A large herd of cows ran on Duffi Avenue between Beverly Road and Beverly Avenue.

The community is not far from the Charlie DiMaria & Sons Slaughterhouse at 9531 Beverly Road.