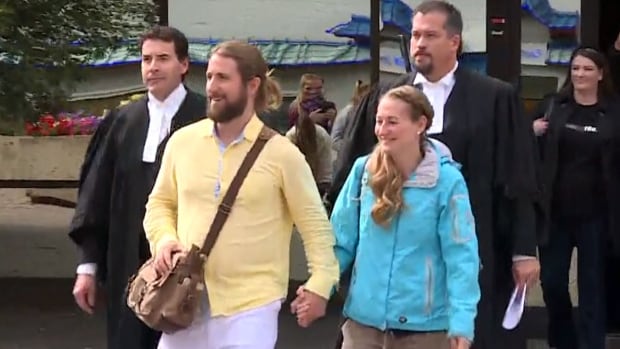 Crown said that Alberta’s parents are facing trial for the death of a young child, and the charges still exist


The Crown Prosecutor has suspended charges against parents who are facing a third trial in southern Alberta for the death of their toddler children.

The Stephens were accused of not seeing a doctor as soon as possible before their 18-month-old son passed away in 2012.

A copy of this letter instructed the Lethbridge court to suspend the allegations against Stephens for failing to provide necessities.

David and Collet Stephan’s lawyer Shawn Buckley said he received an official letter regarding the decision.

Buckley told CBC News that he did not know why the official decision not to bring charges against the couple and the defense.

“We have applied for permission to appeal and we hope to proceed,” he said.

“The reason is that when parents are accused of failing to provide essentials, the factors they face are completely confused.”

The lawyer said that although the parents no longer face charges, they hope that other parents in Alberta or other provinces will better understand the decision.

“I am concerned about the decision of the Alberta Court of Appeals that in terms of spiritual factors, we are actually below the minimum constitutional evidence set by the Supreme Court of Canada,” he said.

The Alberta Department of Justice could not be immediately reached for comment.

The Stephens had previously testified that they initially believed that Ezekiel had an upper respiratory tract infection and treated him with natural remedies, including smoothies containing garlic, onions and horseradish.

Although they were advised to take the sick boy to the doctor, they only sought medical help when he stopped breathing.

Stephens has many years of history in courts at all levels.

In 2016, the Lethbridge jury found David and Collet guilty after the first trial.

However, the Supreme Court ruled that the judge had made an error in the way the judge guided the jury and sent the case to the second instance.

In 2019, after the second trial, the couple were acquitted, but the Alberta Court of Appeal unanimously ruled that the trial judge showed “reasonable concerns about prejudice” when describing official witnesses-a Nigerian-born Doctor, speak with an accent-because he provided “garbled” and “difficult to understand” testimony.