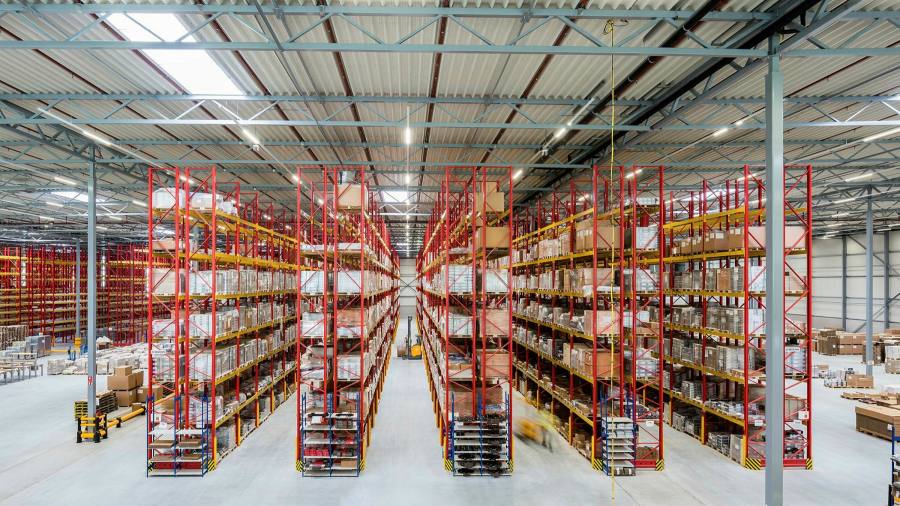 
Thousands of new warehouses According to the real estate group CB Richard Ellis, due to the online shopping boom since the pandemic, both the UK and Europe will need this service.

The coronavirus has led to a surge in e-commerce, and CB Richard Ellis estimates that by 2025, Europe will need an additional 300 million square feet of warehouse space.

The UK is already one of the most developed e-commerce markets in the world and will require an additional 60 million square feet of space-equivalent to 14% of existing warehouse space.

During the pandemic, real estate investors poured into the logistics industry one after another, betting that the change in habits will continue.

“We believe that the pandemic may lead to an accelerated shift in the way people consume goods for three to five years. [in Europe]”Blackstone European Real Estate Director James Sepala said, Blackstone has invested billions of dollars in this area through its Mileway platform.

“Products purchased online require approximately three times the logistics space [as physical stores]. If you believe in the continued growth of e-commerce, then believe that the demand for logistics space makes sense,” he added.

But data released by the UK’s National Bureau of Statistics on Friday indicated that once stores reopen, online retail may shrink.

In January of this year, online spending as a percentage of total UK retail sales hit a record high of 36.3%, almost twice the pre-pandemic level. But as the store reopened, as of May, online spending accounted for 27.3% of total spending.

Tasos Vezyridis of CB Richard Ellis estimates that, in the long run, e-commerce in the UK will stabilize at a level of slightly more than 40%, but the demand for warehouse space remains high.

“Supply is working hard to meet demand,” he said. “This will push up rents.”

Logistics companies said their customers are asking them to speed up delivery, which requires more facilities in or near the city center.