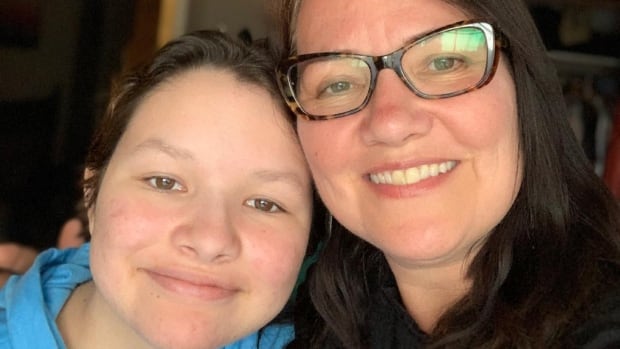 Kanien’kehá:ka teenagers share a journey of “coming out” with the love and support of their families


Everyone in the Rowennakon Doxtater family is named after Kanien’kéha or Mohawk.

This is why it is important for the 14-year-old to maintain this tradition when he began to identify himself as a male earlier this year.

With the change of the prefix, his name, which means “he speaks softly”, now reflects the pronoun of Doxtater.

“Our name is very important in our culture,” Doxtater said.

“I don’t want to get rid of it and give myself another name. Our language can do this and change the gender of the name, which is good.”

Doxtater was first non-binary to his mother Kahente Horn-Miller, and then he said that men “persisted” and felt right.

Earlier this month, Horn Miller expressed his love and support for his son on Facebook.

Horn-Miller said: “This is Pride Month. I take this opportunity to let everyone know that I am proud of him. He is still young and can support him to express himself according to his own feelings.”

For Doxtater, it brings a sense of relief. He hopes other indigenous youths know that they are not alone.

“It might be difficult to get out. You don’t have to come out now,” he said.

“I know because I have been exposed to these things and have time to think… Just know that if you are struggling, someone will support you in many ways.”

‘Being a good role model for a family’

The family comes from Kahnawake, a Kanien’kehá:ka community in southern Montreal, and currently lives in Ottawa. Horn-Miller said that the past few months have been a learning journey for everyone.

She said her community has made much progress in accepting gender diversity, but she acknowledged that there is still work to be done.

Horn-Miller said: “It will come in time. I think this is the beginning of a good example for others as a family.”

Doxtater also expressed a similar view, emphasizing that Kanien’kehá:ka does not believe that gender diversity is a taboo culturally.

“As a culture, we are not afraid of this kind of thing,” he said.

“I’m pretty sure this has existed in our community for many years, and we just accept them. We may not be afraid to show our true selves like we do now.”

Kanien’kehá:ka, the tribal mother of Tyendinaga in the Kanien’kehá:ka community near Kingston, Ontario, said that the traditional Kanien’kehá:ka view of gender and sexuality was influenced by colonization and Christianity.

“People forget that our way is really an open and accepting way. We are humans above all else, and we come with gifts,” Hill said.

Hill is pursuing a master’s degree in gender studies at Queen’s University. Her research explores gender identity, roles and responsibilities in the longhouse-the political and spiritual institutions of the Gauteng Noni Alliance.

She said that the community needs dialogue to be more welcoming of LGBTQ community members.

“People are afraid of things they don’t understand, so ignorance fuels fear,” she said.

“If we educate people and remind people about history, tradition and culture, this is our way-we are accepting each other, they are our family, our clan, this is their identity as human beings-I think That would help.”

For Doxtater, the bottom line is to show support for young people like him.

“Help them and let them know that they are still loved, even if they are transgender, non-binary or homosexual,” he said.

“There are more people celebrating who they are this month. For Indigenous History Month, it’s also good. So from both sides, it’s great.”

This story is part of a series celebrating the gender and sexual diversity of indigenous communities.