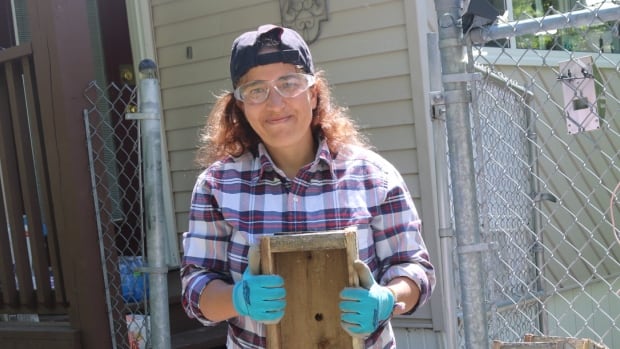 Syrian women build a better life through an unlikely friendship with St. John’s retiree and his wife


If all your friends look like you, speak like you, and are the same age as you, you can have one
good life.

But you missed the experiences and perspectives that can make your world richer.

On the surface, it seems that these two St. John residents are not two people destined to be best friends.

Stand, 57, is a native of New Brunswick who recently retired due to medical reasons.

Aldekas, 29, fled Syria during the civil war several years ago, first in Lebanon and then in London, Ontario. She finally landed in St. John’s in 2019.

Life in the war zone paid a price. “After the war, it was very dangerous. Shelling, it was not safe. I was always worried that many people died. It was not safe. Very difficult,” she said.

When she arrived on the east coast of Canada, she had no job, no friends — and no English or French. It was not easy.

She left her brother Bakir in Lebanon.

“I have no family here. It is very difficult for me,” she said.

Most importantly, Aldekas wants to work. About a year ago, she walked into Jaco’s, a pizza restaurant at the north end of St. John’s, where Standing and his friends hosted an informal coffee club.

“She doesn’t speak English, and she walked in and said,’Hire me. I need a job,'” Standing recalled.

Fortunately, the owner of the restaurant, Jaco Khoury, speaks Arabic. After Aldekas explained her situation, Khoury asked the group if she could sit down with them and help her learn English.

Inviting a complete stranger into their men’s coffee club was “not a normal thing at all” for Standing and his friends. But he said he admired the “motivate” he saw in Aldekas.

“I see someone planning to do something. The plan is to make a living for themselves and bring her brother here,” Standing said. “She made us like it.”

In the conversation at the pizzeria, their friendship moved to Stantin’s house a few blocks away.

Standing who is undergoing dialysis for kidney disease needs help with certain tasks. He and his wife Tina Jane saw Aldekas take an immediate interest in their odd jobs and construction projects around the house.

Aldekas has done some carpentry work and is interested in learning more, but power tools are an obstacle for her. She had never used them before.

Li, a carpenter with a wide range of hobbies, has collected a lot of tools and decided to teach her.

Aldekas said that in Syria, carpentry is a man’s job. “Woman—her teacher’s job, doctor’s job, her children’s cook. Also an engineer. Anything. But no carpenter.”

Learning turned out to be a two-way street.

While studying woodworking in Aldekas, she introduced Syrian cuisine to Kevin and Tina Jane and shared with them her passion for vegetable gardening. When she got a community garden plot, she “drew me into that plot too,” Standing joked.

As the pair worked together for several months, Aldekas became more and more confident in these tools. She likes the precision required for work.

“You have to do everything right and make no mistakes,” she said. “I work by myself. I study.”

Their latest project is to build and sell window frames from recycled cedar, and all proceeds will go to a fund to bring Aldekas’ brothers safely to Canada.

A fundraising event is also planned next month at St. John’s Harbour Church, where the parliamentary seats are part of the congregation.

“I am a Muslim, but now I am a Christian,” Aldekas said. “This is my decision. Because I am free in Canada, I can do what I need. I can choose what I need.”

She said that in Syria, she could not change her religious beliefs.

“The Canadians have helped me a lot-made me feel safe,” she said.

In addition to bringing her brother to New Brunswick, Aldekas said she has two other big dreams.

She said that the first thing is to stay in St. John’s. “Because I like St. John. The people here are very nice and kind.”

Her second goal is to find a job that can help her improve her carpentry skills. “Hope I have a job at Home Depot,” she said.

This week marks the 10th anniversary of the outbreak of conflict in Syria. Since then, approximately 75,000 Syrian refugees have settled in Canada, many of whom have found homes in Toronto. Natalie Kalata has some stories about them. 3:41

Regardless of Aldekas’s future, Standing said that she will always have a “special place” in his heart.

“I see someone willing to challenge the expected norms, where she comes from, and do something better for herself. I like people like this,” he said.

He called learning from each other an “experience.”

“Sometimes you have to get out of your safe zone and try new things-you will be rewarded.”