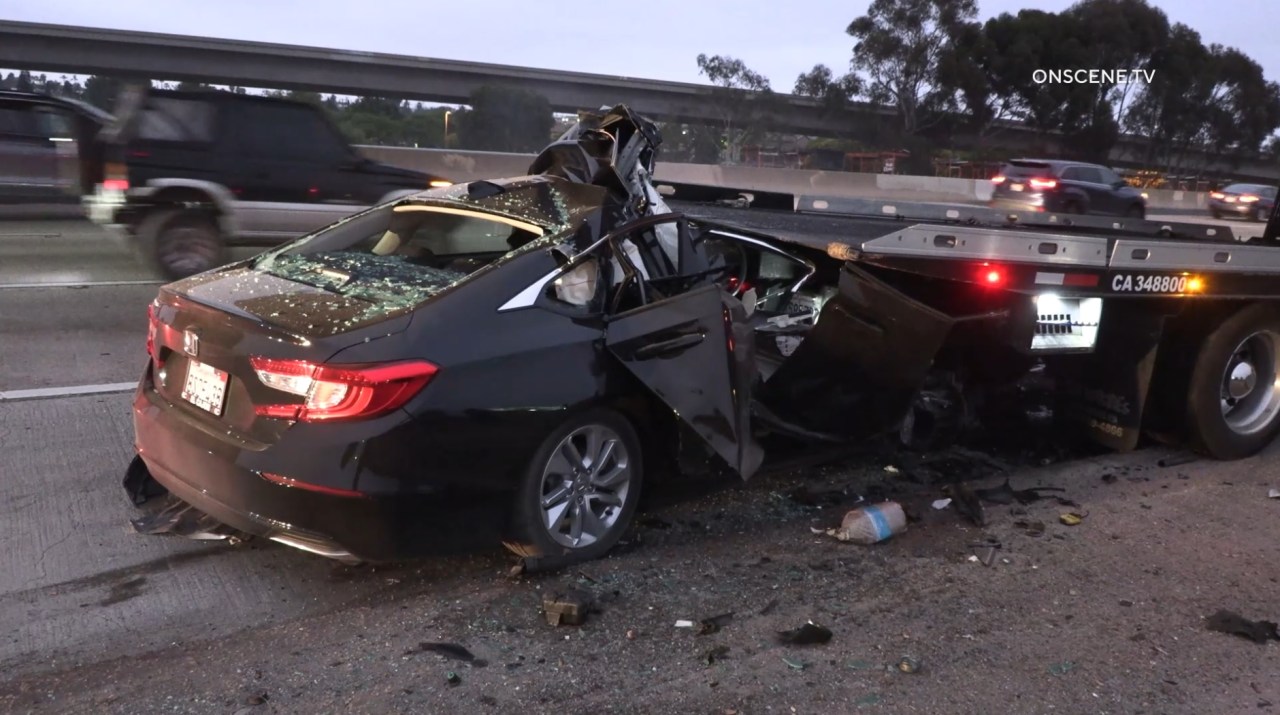 The driver died after crashing into a trailer on I-5

San Diego-On Friday night, a male driver rammed his car into a trailer that had been parked on Interstate 5 to assist another driver.

The accident occurred at 8:10 pm and was reported by Barrio Logan on the southbound Interstate 5 near the Main Street exit. The video from OnScene.TV shows that the black Honda Accord got stuck under the flat part of the truck after being seen hitting the truck at high speed along the right shoulder of the interstate highway. The identity of the driver of the car was not immediately determined.

According to OnScene.TV, the Accord engine caught fire briefly after the crash, but was extinguished by the tow truck driver.

Caltrans San Diego said the accident resulted in the closure of two southbound lanes In tweet.

There are no more details about the incident.

This story is still in development.