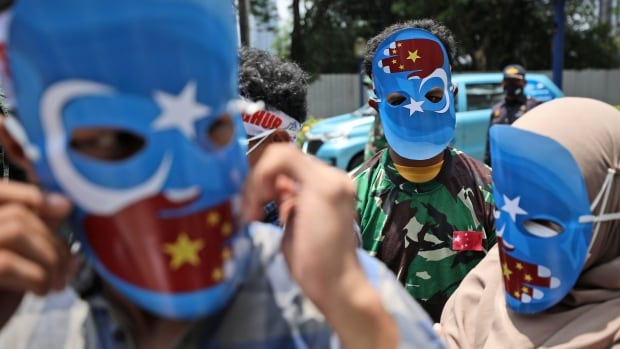 
According to CBC News, Canada is leading an international effort by the United Nations to require China to allow “meaningful and unrestricted access” to investigate “credible reports” of widespread violations of the human rights of Chinese Muslim minorities in Xinjiang.

An international coalition that is expected to include more than 20 countries-including Canada’s G7 partners and Sweden, Switzerland, the Netherlands, Australia and New Zealand-will request it in a joint statement and is expected to be submitted to the UN Human Rights Council headquarters On Monday in Geneva, Switzerland.

“We are seriously concerned about the human rights situation in the Xinjiang Uyghur Autonomous Region,” a draft joint statement seen by CBC News was written to the UN High Commissioner for Human Rights Michel Bachelet.

“We urge China to allow independent observers, including the High Commissioner, to enter Xinjiang immediately, meaningfully and unrestricted,” the statement read, which also called for an end to “arbitrary detention of Uyghurs and members of other Muslim minorities.”

The statement also expressed concern about the “deterioration of fundamental freedoms” in Hong Kong and Tibet, and called on China to “comply with its human rights obligations.”

These diplomatic measures took place after years of reports by the media, academia, and UN experts. These reports accused China of detaining more than 1 million Muslim minority Uyghurs in concentration camps and “de-radicalization” camps, targeting them with forced labor and sex. Violence, population control methods and general cleaning. Surveillance.

The Chinese government has denied the claims of human rights violations.

In February of this year, after the House of Commons voted to declare China’s genocide against Uighurs and other Turkic Muslims in Xinjiang, the Chinese government slammed Canada.

“Facts have proved that there is no genocide in Xinjiang. This is a lie of the century fabricated by extreme anti-China forces,” said Wang Wenbin, spokesperson of the Chinese Ministry of Foreign Affairs, based on a translation of his speech provided by foreign media. unit.

The House of Commons bill stated that China’s persecution of these groups constitutes genocide according to the definition of the 1948 United Nations Genocide Convention, and calls on the federal government to formally adopt this position.

The vast majority of members of Congress-including the majority of the participating Liberal Party-voted for the non-binding motion proposed by the Conservative Party.

Prime Minister Justin Trudeau and all but one of his cabinet members were absent from the vote. Foreign Minister Marc Garneau attended the meeting but said he abstained from voting “on behalf of the Canadian government.”

The draft joint statement to be submitted to the Geneva Council expresses serious concerns about what is happening in Xinjiang.

The draft joint statement said: “Reliable reports indicate that more than one million people in Xinjiang have been arbitrarily detained, and there are disproportionately widespread surveillance of Uyghurs and other ethnic minorities, and restrictions on fundamental freedoms and Uyghur culture.”

“There are also reports of torture or cruel, inhuman and degrading treatment or punishment, forced sterilization, sexual and gender-based violence, and the authorities forcing children to separate from their parents.”

The joint statement also expressed concern about the Chinese regime’s allegations of “forced labor” and “collective suppression of religions and ethnic minorities.”

China is aware of the upcoming joint statement and preemptively condemned the countries behind it, accusing them of habitually using “human rights issues as a tool for blatant political manipulation.”

Chinese Foreign Ministry spokesperson Zhao Lijian said that under the guise of human rights, individual countries such as the United States, Canada, and the United Kingdom fabricated and spread false information and abused the UN Human Rights Council platform in an attempt to attack and smear China. Tell reporters at the press conference.

Zhao said: “They have human rights issues such as racism, gun violence, forced labor, child labor, etc., and this problem is too numerous to mention,” Zhao said, citing George Freud’s death in U.S. police custody and reporting the discovery. The remains of indigenous children found in a Canadian boarding school.”

Open letters representing elected officials from 18 countries of the Inter-Parliamentary Union accused China of “committing crimes against humanity” in Xinjiang and “reliable sources have found signs of genocide.”

The lawmakers also accused the committee of “failed to end impunity for the abuse perpetrators.”

“At least one million people have been arbitrarily detained, and prisoners have been subjected to sexual abuse, torture and political indoctrination,” the letter said.

The International League of Parliamentarians requested the Council to establish an independent investigation committee to investigate allegations of human rights violations, identify the alleged perpetrators, make recommendations to end these violations, and regularly report progress to the United Nations.

China has not promised to provide access to the UN investigators required by the joint statement. Zhao did say, but did not elaborate, “The world will see the facts and make a fair judgment.”

He said: “If these countries think that they can deceive the international community by creating lies in Xinjiang, endangering Xinjiang’s prosperity, stability and sustainable development, and hinder China’s development, it is to block the trend with a broom,” he said. “Failure will be their destiny!”