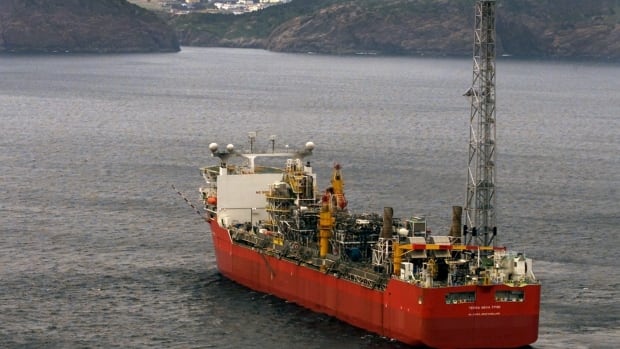 With Suncor’s announcement of a tentative agreement to save NL oilfields, Terra Nova’s new hope


There was news on Wednesday evening that the future of the Terra Nova oilfield had rekindled hope, and the Newfoundland and Labrador oil industry, which had been prepared for bad news before, was relieved.

Suncor Energy said that in principle, it has reached an agreement to reorganize the ownership of the oil field, continue to plan for a major transformation of the assets, and may approve a plan to resume production in the fall.

Although “not a guarantee, [the agreement] Suncor CEO Mark Little (Mark Little) said in a press release issued after 8pm in New Taiwan Dollars that in the next few months, the path will be opened to ensure the resumption of operations for many years to come.

After participating in the months-long campaign to save the oilfields, the union leaders representing many of the workers on Terra Nova were ecstatic.

“We are eager to work with Suncor. We are eager to get back to work and do what Terra Nova wants to do, which is to make money. Let employees pay taxes and try to help bring the economy back,” Dave Mercer, President of Unifor Local 2121 Mercer told CBC News in a telephone interview.

Depends on the commitment of the province

As part of the agreement, Little said that a “subset” of the seven oil companies that originally participated in Terra Nova will increase its ownership interest. Suncor increased its shareholding from 38% to 48%. However, the complete picture of the new ownership structure was not disclosed.

CBC News previously confirmed that four partners including ExxonMobil, Equinor, Mosbacher and Chevron have decided to withdraw from the partnership.

Suncor stated that the agreement is subject to the final terms and approval of all remaining partners.

Little also said that the deal depends on the $500 million in cash and royalties promised by the provincial government.

Secretary of Energy Andrew Parsons confirmed that the province will fulfill its commitment of C$205 million from the Petroleum Industry Recovery Fund and the concession of approximately C$300 million that should have been paid to the provincial government Fee reduction.

Parsons said on Wednesday evening: “We are very excited; very happy that our partners can complete this work together.”

“Getting this news today is really a huge boost for our province, our industry, and all these women and men; they have had a lot of difficult months.”

Oil companies had asked the provincial government to hold equity in the project, but the ruling Liberal Party rejected the idea, saying it was too risky for the province already facing a financial crisis.

Parsons said the agreement on Wednesday confirmed the province’s position.

“I think this shows that we are taking the correct positioning. The offer we made is very good, and it is a correct transaction,” he said.

The aging Terra Nova FPSO (Floating Production, Storage and Offloading Vessel) has not produced oil since the end of 2019, and most of the more than 1,000 jobs related to the oil field have been lost.

In late May, Little said that if the seven companies fail to reach an unanimous decision on the way forward, the possible outcome of the oil field is decommissioning and abandonment.

Little set June 15 as the deadline for reaching an agreement. As the deadline passed on Tuesday, there was no news from the company, and tensions intensified.

The oil and gas industry association (Noia) of the province welcomed the news.

Noia CEO Charlene Johnson said: “This announcement is long-awaited good news, good news for our offshore oil and gas industry, and even for our province.”

Johnson said Terra Nova “provided thousands of jobs, billions of dollars in royalties and revenue, and helped our supply and service departments improve their expertise in operating in severe weather conditions.”

“This is very good news, accompanied by great comfort.”

In a statement on Wednesday evening, Governor Andrew Fury said: “Our government has been and will continue to support the oil and gas industry in the province. On behalf of the workers and their families, we are very pleased that the project owner has reached this temporary equity interest. Solution, continue to work hard to ensure the safety of this project for the next 10 years.”