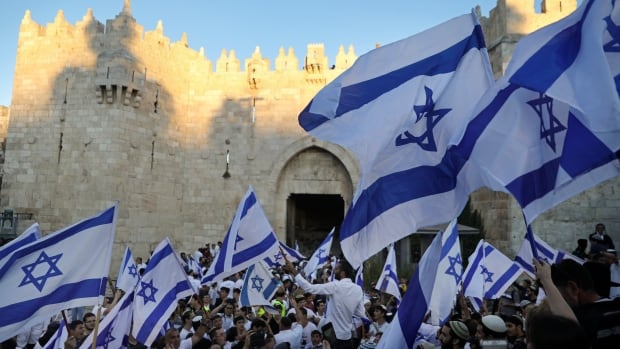 
Israeli airstrikes hit militant groups in the Gaza Strip earlier on Wednesday, and the Palestinians responded by launching a series of fire-carrying balloons at the border for the second day in a row-further testing the end of the war between Israel and Hamas last month The fragile ceasefire.

On Tuesday, Israeli ultranationalists marched through occupied East Jerusalem, triggering the latest round of violence. The Palestinians thought the parade was a provocation, so they sent balloons into southern Israel and caused several fires in the dry farmland. Israel subsequently carried out an air strike — the first such attack since the ceasefire ended 11 days of fighting on May 21 — and more balloons followed.

The military stated that the target of the airstrike was a facility used by Hamas militants to meet to plan an attack. There are no reports of injuries.

“The Hamas terrorist organization is responsible for all incidents in the Gaza Strip and will bear the consequences for its actions,” the Israeli army said. It added that it is prepared for any situation, “including the resumption of hostilities.”

By Wednesday afternoon, masked Palestinians sent balloons with fuses and burning rags into Israel. According to reports, several fires have occurred.

As Egyptian mediators have been struggling to reach a long-term agreement, the unrest is the first test of the ceasefire. As before the recent war, tensions in Jerusalem have increased again, causing the Hamas ruler in Gaza to launch a series of rockets at the Holy City on May 10. The fighting killed more than 250 Palestinians and 13 in Israel.

An Egyptian security official stated that his government has been in “direct and round-the-clock” contact with Israeli officials and the ruler of Gaza to maintain the ceasefire and urge them not to take provocative actions.

The official, who asked not to be named, said that he is discussing behind-the-scenes diplomacy. He said that as part of the effort, the US government has also kept in touch with Israel.

He said that both parties seem to agree “not to escalate to the tipping point.” “We make every effort to prevent this from happening.”

The outbreak also brought a test to the new Israeli government that took office earlier this week. The diverse coalition includes several hardline parties as well as moderate and centrist parties, as well as the first Arab faction to become part of the Israeli government.

For the new Prime Minister Naftali Bennett, maintaining the integrity of the delicate alliance will be a daunting task.

Yair Lapid, the leader of the centrist Yesh Atid Party and Minister of Foreign Affairs, severely condemned it on Twitter, calling those shouting racist slogans “a shame to the Israeli people.”

Bennett will hand over the work of the prime minister to Rapide in two years. He is a hardline Israeli nationalist who promised to take a pragmatic approach when presiding over a subtle and diverse coalition government.

Although there are concerns that the march will increase tensions, the cancellation of the march will expose Bennett and other right-wing members of the coalition to strong criticism from those who see it as surrendering to Hamas.

Mansour Abbas’s Raam party was the first Arab faction to join the Israeli coalition. He said that the march was “an attempt to ignite the region for political purposes” with the purpose of undermining the new government.

Abbas said that the police and the Minister of Public Security should cancel the event.

Although the parade provided direct impetus to the balloons, Hamas was also angry because Israel has strengthened its blockade of the territory since the ceasefire. These restrictions include a ban on the import of fuel for power plants and raw materials in Gaza.

After Hamas, a militant group seeking to destroy Israel, seized control of Gaza from the internationally recognized Palestinian Authority in 2007, Israel imposed a blockade. Since then, Israel and Hamas have fought four wars and many skirmishes. Israel stated that it needs to implement a blockade with Egypt to prevent Hamas from importing and developing weapons.

After occupying East Jerusalem in 1967, Israel annexed the area in a move that most of the international community did not recognize. It sees the entire city as the capital, while the Palestinians want East Jerusalem to be the capital of their future country. The region is home to the holy sites of Jews, Christians, and Muslims. The fight for this area is at the core of the conflict and has led to multiple rounds of violence.