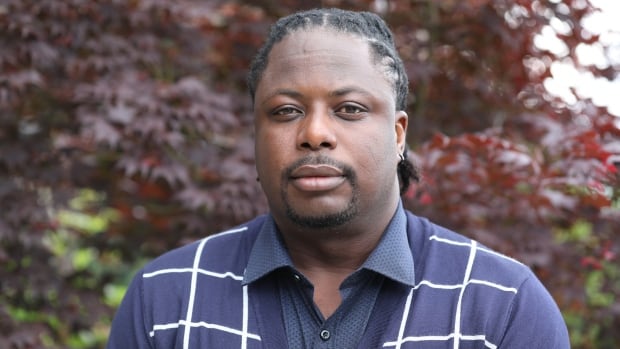 
On his first day as a corrections officer in a Toronto prison, Glendon Thomas was barred from entering. As early as 2004, as a black man with ears of corn, Thomas said that the staff did not believe he was working there and questioned whether he was a prisoner.

“This is the first step that broke me down,” Thomas said in an interview with CBC News.

Desperate to perform well in the stable work of the Ontario Public Service (OPS)-led by the Attorney General-Thomas said he has tried his best to comply. He cut his hair short and seized every opportunity to move up and do better. It worked for a while.

Thomas was eventually promoted to a sergeant in the Toronto Southern Detention Center, while also serving as a defensive tactics instructor, suicide awareness instructor, and co-chair of the Solidarity and Racial Equality Committee. He said that around him, more racialized officials were hired.

But Thomas claimed that the systemic racism in prison has not improved. The decision makers are still white, while black officers are excluded from dozens of promotion opportunities, denied overtime, and forced to do more work than their white colleagues.

Thomas said that when he raised these concerns with his manager and union and finally filed a complaint with the Human Rights Court last year, he was labeled a troublemaker.

In his complaint to the arbitration tribunal, Thomas said that senior management picked him out, tracked how he spent his work, and criticized his professional ethics in front of colleagues.

According to his complaint, in the 2019 performance appraisal, Thomas’ manager gave encouraging feedback, including his “contributions to advocating a culture of inclusive, diverse and respectful workplace relationships”.

But in the same comment, he was told that his performance did not meet expectations-without explaining why.

In February, he was suspended awaiting investigation. The official reason was to use excessive force on a prisoner, but Thomas said that he only took restraint measures after the prisoner hit him on the head with the TV remote control-an action necessary to protect himself and others. No one was injured.

He said he was actually punished for opposing racism.

Thomas said, “I’m tired of working for this organization and giving so much to this ministry, but I’m still treated as a second-class person.”

“Even if it kills me, I will not stop talking because this is not the life I should live.”

The head of OPS and Cabinet Secretary Steven Davidson apologized to all employees via email and promised to take firm actions to improve the workplace.

But Thomas and four other black OPS employees interviewed by CBC said that Davidson’s apology was meaningless because it did not hold anyone particularly responsible or promised to change it completely.

Neither Davidson, who is leaving this month, nor his successor Michel DiManuele were interviewed.

But a provincial spokesperson said more measures will be taken.

“Cabinet secretaries and deputy ministers also know that with the positions they hold, they must use their individual and collective power to promote lasting cultural and systemic change in OPS.”

Richardson said that by next year, all OPS employees will be required to complete online anti-black racism training courses. All ministries must focus on building “anti-racism capabilities and capabilities”, diversify “talent pipelines”, and be accountable for inclusive workplaces.

He said the ministry recently hired an anti-racism chief, formulated an action plan, and “continued to take action to combat systemic racism in the workplace.”

“I don’t think we were heard”

Four black employees of the Attorney General’s Department described to CBC News the obstacles they face in working in the courts in Brampton, Ontario, where all managers and most supervisors are white. They spoke on condition of anonymity, fearing that they would be affected at work.

They have worked for the ministry for more than 20 years and stated that they have only received positive feedback on their work performance. But they describe the workplace as toxic, nepotism, nepotism and racism determine who will succeed.

In recent years, they have applied for dozens of supervisor and leadership vacancies, but they have never succeeded. In almost all cases, white employees with much less experience were offered these positions, and black employees deemed unsuitable for the job said they needed to train them.

One of the employees said that their white supervisor made disparaging comments about their beautiful cars and clothes, and said they were not “typical” black people.

“You can feel the venom in what she said,” the employee told CBC News.

The employee also stated that they are more micro-managed than their colleagues, are not allowed to have 15-minute breaks outside of lunch hours, and are denied training that is indispensable for work.

Another said that they had to fight for any rest time. Within a few hours after the unfortunate death of their family members, their supervisor told them to return to work after lunch. The employee said that if they take sick leave, they may not be able to shift according to the following schedule.

“They let you through it, as if you were making up,” the employee said.

When they wanted to work from home at the beginning of the pandemic because of potential health problems, they said they had to provide medical documents. At the same time, their white colleagues who did the same job were immediately allowed to work from home.

A black employee claimed to be anxious about his treatment at work, but was refused to participate in Mental Health Day or take time off to see a doctor.

“I don’t think we are being listened to or taken seriously,” the employee said.

A former court employee who is still working for OPS said they hope that changes will take place after the death of George Floyd in 2020 and the subsequent protests. But they said that the black civil servants in Ontario did not appear to have changed, and they did not want to be named.

They said that since Freud’s death, managers “have gotten worse”, “because they can escape punishment.”

“They have no discipline. No one said anything.”