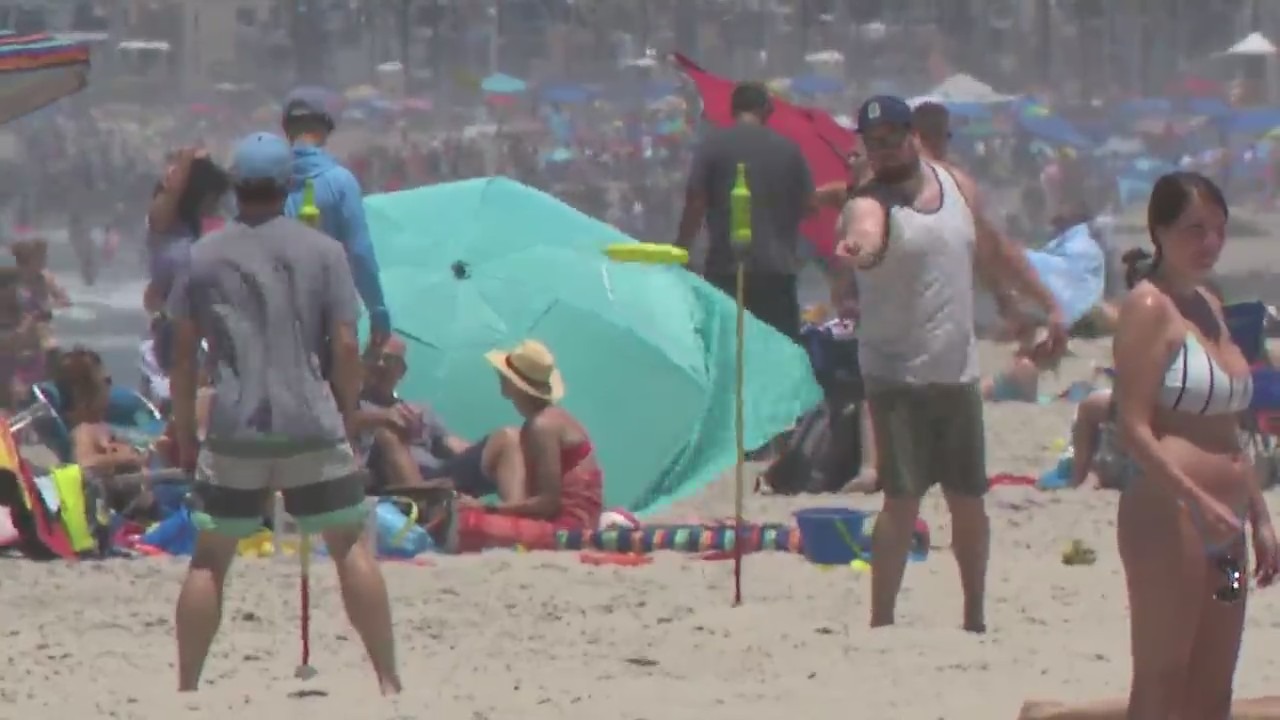 Crowds rushed to the beach in the heat wave

San Diego-As this week’s heat wave could bring record temperatures to the county, San Diego people flocked to the beach to cool off.

Cshefla Lopez-Guerrero said: “Once you get the salt water, you think,’Damn, I need some water, where is the water bottle?'”.

“I don’t have air conditioning in my car, so I’m a little worried now,” Matt Hollenbeck said.

As the weather warms and restrictions are relaxed, San Diego lifeguard Lieutenant Brian Clark said that the number of people going to the beach at this time of year hit a record high, and he expects this trend to continue throughout the summer.

“There is a crowd here, and it looks like this may be one of the busiest summers I have ever seen as a lifeguard,” Clark said.

He said that lifeguards were well staffed at the beginning of summer and were always busy. Clark wanted to remind beach visitors to be vigilant and keep their distance from unsafe waters.

“Earlier today, I had to rescue about five people in the offshore stream at the same time,” he said.

In order to keep cool in this hot weather, Clark said to drink plenty of water, shade nearby, and apply sunscreen.

“You can’t feel the sun, so it’s like at the end of the day, your whole body is red and sunburned,” Samantha Garcia said.

Celebrate the removal of COVID-19 restrictions scheduled for Tuesday

Clark said: “I mean going down to the beach will be cooler than going away from the shore, so people coming here will help them stay cool and get into the water.”

The Humane Society of San Diego urges you to minimize the heat they are exposed to and make sure they have plenty of water, shade, and cool air.