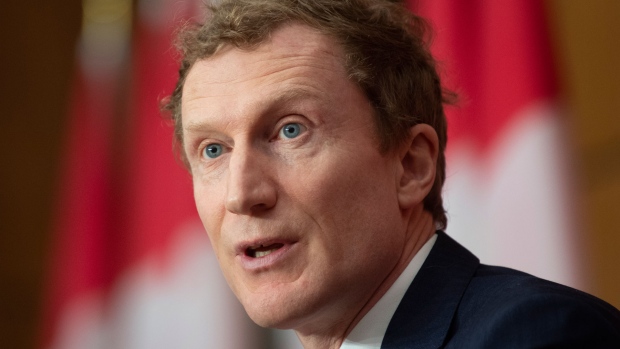 Despite appeals to Ottawa to dismiss the case, the indigenous child welfare struggle will still be brought to court


Despite repeated calls for the dismissal of these cases in the name of settlement, Ottawa has filed a controversial legal challenge to two rulings involving Aboriginal children separated from their families due to a long-term underfunded childcare system.

The federal government is prepared to oppose the two rulings of the Canadian Human Rights Court. The first to provide billions of dollars in compensation to Indigenous children who were improperly taken away from their parents after 2006, as well as their parents and grandparents.

The second ruling extended the Jordanian principle to children living outside protected areas or not registered under the Indian Act.

The Jordanian principle is a stipulation that when governments at different levels disagree over who is responsible for providing services to indigenous children, they must first help children in need before arguing about the bill. It is named after Jordan River Anderson. He was a boy from the Norwegian House Cree tribe in Manitoba. He died in the hospital. Manitoba and the federal government argued for five years, who should pay for him. Special family care costs.

Cindy Blackstock, executive director of the Aboriginal Children and Family Care Association, filed the initial human rights complaint 14 years ago. She stated that the fundamental purpose of this case is to resolve the problems faced by Canada’s child welfare policy. Systemic discrimination suffered by indigenous children, practices.

“Frankly speaking, as a citizen, I feel disgusted and think that the government is spending taxpayers’ money and energy to combat those who are found to have harmed them in a racially discriminatory manner, separate them from their families, and in some cases encourage Their deaths,” Blackstock said.

But while Ottawa is advancing its legal battle against court rulings—despite increasing calls for an end to litigation—Liberal Cabinet Ministers and Prime Minister Justin Trudeau continue to insist that they support compensation for harm. Of indigenous children through what they call a “broken childcare system.”

Instead, Ottawa hopes to compensate these children and their families by reaching a settlement in two separate but related class actions.

Indigenous Services Minister Mark Miller stated that such a settlement would pay a larger amount than the court’s compensation of up to $40,000 per child, and would provide compensation in proportion to the injuries they suffered.

“But it’s hard to see the CHRT court. It can only award US$40,000 at most. We believe that this is disproportionate in a vacuum. This is the subject. This will mainly be discussed in the court proceedings next week.”

Miller said there is a “convenient argument” that the government drags the children of the indigenous people to court and refuses to pay. But he believes that this is not the case.

“We have been fully complying with orders,” Miller said.

“We have a fundamental problem with the CHRT ruling. It claims to have jurisdiction, but it did not denigrate some of the great work that has been done.”

The arbitral tribunal’s September 2019 ruling stated that Ottawa “intentionally and recklessly” discriminated against indigenous children living on reservations because they did not provide adequate funding for child and family services. As a result, children were sent away from their homes, families and protected areas, because if they lived outside the protected areas, they would be covered by a more well-funded provincial system. Others are separated from their families because the authorities cannot provide support to help them unite.

Among the legal facts submitted by the Federal Court, Ottawa believed that the Human Rights Court had “made a mistake in the law” and turned the case into a class action by awarding compensation to individuals “improperly”. Since there is no individual or representative of the complainant, but the Care Society argues on behalf of all Aboriginal children improperly cared for, the federal lawyer argues that the court has no right to award personal damages.

“The court has no power to turn a complaint of systemic discriminatory underfunding into a complaint seeking personal compensation,” the government said in fact.

“This is neither in line with the arbitral tribunal’s power to hear appeals, nor with its power to remedy appeals.”

Ottawa did not argue that systemic underfunding affects children. The facts point out that, on the contrary, it is a question of whether the arbitral tribunal, rather than the federal court, is the appropriate forum for awarding compensation to individual children and families.

In its argument against the expansion of the Jordanian Principles, the Federal Government argued that the arbitral tribunal’s decision “transformed” the Jordanian Principles from a resolution passed in the House of Commons to ensure that jurisdictional disputes do not affect the health of indigenous children. Provide services to a wide range of groups.

The legal facts of Blackstock and the Caring Society allege that Canadian “colonialism” attempted to use the “racist” Indian Act to define status to control the identity of indigenous peoples.

“The India Act is the same legislation that forces children to enter boarding schools, and it is still on the books today,” Blackstock said in an interview.

“No other child in this country has to pass the government’s touchstone test to determine their ethnic identity before they can get a card.”

A large group of Aboriginal organizations, Aboriginal people and human rights groups joined the Care Society and the Human Rights Court to oppose Ottawa’s attempts to shelve the court’s ruling.

Ottawa also asked the Federal Court to send the ruling back to a different panel for reassessment because it believed that the panel that issued the damage award in 2019 “lack of procedural fairness”.

The Canadian Press report was first published on June 13, 2021.