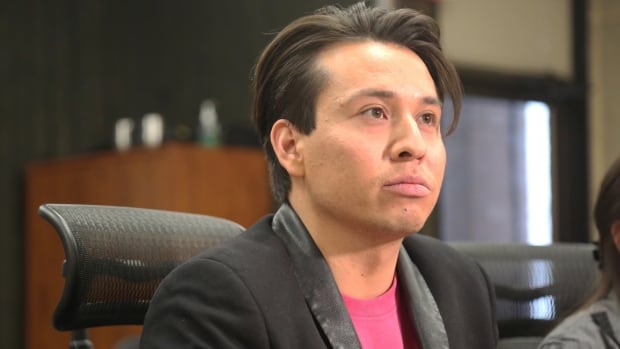 The six countries hope to get 10 million US dollars to search for residential school sites, which is one third of the funds allocated by Ottawa


The heads of the six nations of the Rio Grande in southern Ontario asked Ottawa to provide 10 million Canadian dollars to find possible child remains on the premises of the former Mohawk College boarding school.

If approved, it will account for more than one-third of the $27.1 million envelope reserved by the federal government for community cemeteries.

Chief Mark Hill said that this is an important but necessary requirement for a full investigation.

“This is really for justice,” Chief Maxill told CBC News.

“I don’t know how we can’remembrance’ and’thought and pray’ when we still have someone worthy of justice.”

Hill wrote in a letter obtained by CBC News: “To this day, there are still many rumors in the community about where our children were buried.”

“Now is the time to find them so they can rest.”

Money is just the beginning

Hill said the community created a working group of boarding school survivors and political and administrative support to guide the search. Found unmarked graveyard believed to be the remains of children Adjacent to a former boarding school in Kamloops, British Columbia

Hill said that $10 million was just the beginning, and he was not sure if it was enough.

The former Mohawk College run by the Anglican Church is Canada’s first and longest-running boarding school.

The school was burned twice and changed locations, which is why Hill said it needed a large-scale inspection.

He said that the children were also forced to work hard on the surrounding farmland. Development has encroached on the area, and Hill said this raises concerns about the feasibility of finding possible cemeteries.

“We don’t have all the answers right now, but we know we need to start these searches as soon as possible,” Hill said.

Hill said he also wants to see a criminal investigation and supports the call of Murray Sinclair, the former chief commissioner of the Truth and Reconciliation Commission, to investigate the cemetery at the former boarding school site.

Hill said: “We can’t just walk down the memorial lane.”

Hill said that before announcing the $27.1 million residential school website search fund last week, he did not participate in negotiations with the federal government, nor did he engage in any direct dialogue with Ottawa on how to obtain funding.

He said that it is challenging for the community to think about the amount of work required and the dollar figures.

Hill said the money will be used to conduct inspections and provide support to survivors.

“We are actively reaching out to indigenous communities to work with them,” Bennett said.

“The community knows what they need, and our government will be there to support them along the way.”

The money is intended to help indigenous communities develop plans, conduct research, and collect information to identify cemeteries, commemorate and return the remains.

Hill said he would love to see the money yesterday.

“We are talking about reconciliation in this country. In fact, I’m tired of the word because I don’t know what it means now.”

Any member of the Six Nations who is seeking help or needs to talk to someone can use the following resources:

A nationwide Indian boarding school crisis hotline has been established to provide support to former students and those affected. People can get emotional and crisis referral services by calling the 24-hour national crisis hotline: 1-866-925-4419