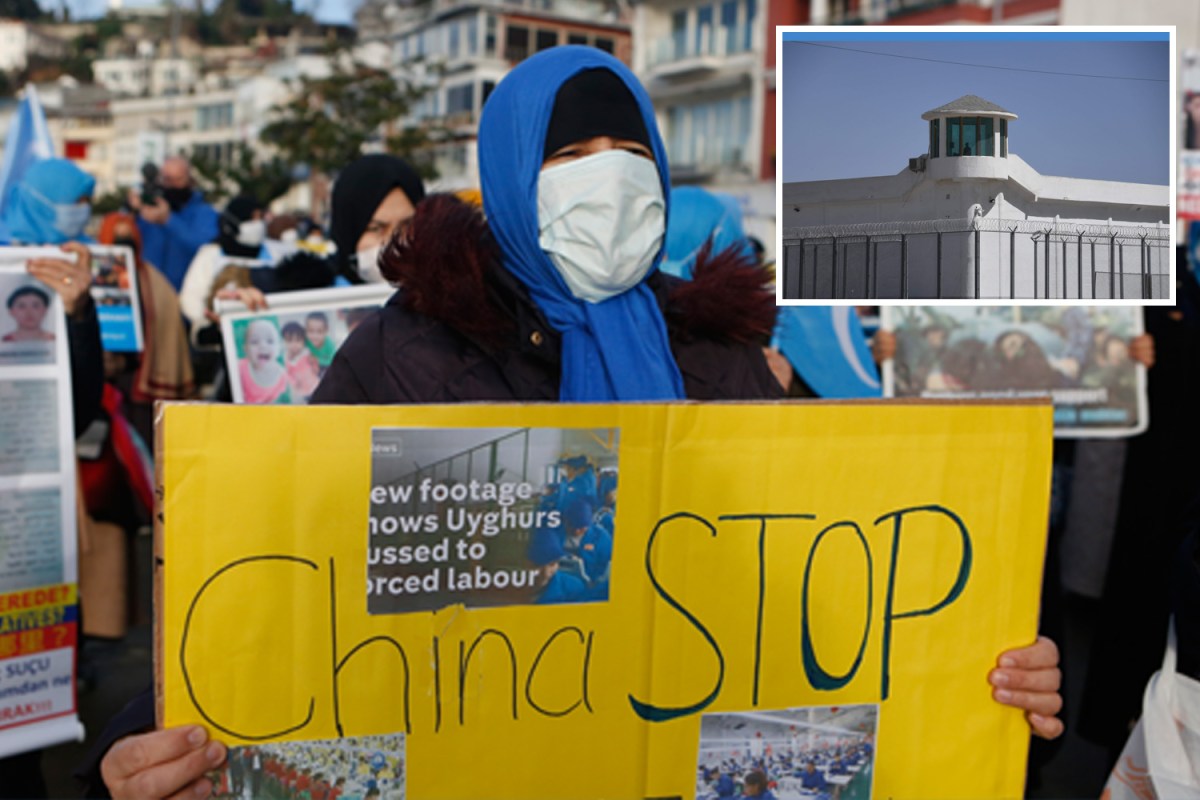 In China’s “dystopian hell”, millions of Uyghur Muslims are “brainwashed and tortured in concentration camps”


Accounts inside Chinese detention camps where millions of Uyghur Mullins were brainwashed and tortured portray the Xinjiang region as a “dystopian hell landscape”.

Amnesty International stated in a new 160-page report that Uyghurs and other predominantly Muslim minorities face systemic and state-organized “mass detention and torture, which are equivalent to crimes against humanity.”

“Like we are enemies in war”: China’s mass detention, torture and persecution of Muslims in XinjiangPublished on Thursday, it described how minorities were forced to abandon their religious traditions, language and culture and were subjected to mass surveillance.

These reports support previous allegations of genocide and Ethnic cleansing,

Last year, Uyghur women Zumret Dawut told The Sun Before being sterilized, how she was restrained, beaten and given a mysterious injection in one of the camps so that she could no longer have children.

Her statement is in line with recent reports in which China is accused of adopting a family planning policy against ethnic minorities, which aims to reduce the number of births by 26,000 to 4.5 million within 20 years.

The Amnesty International report interviewed more than 50 former concentration camp detainees, all of whom were said to have been detained for what appeared to be perfectly legal behavior.

The report stated that the reasons for their detention included possession of religious-themed photos or exchanges with people abroad.

Many witnesses were closely interrogated by the police, beaten and deprived of sleep, and were forced to sit on the so-called “tiger chair” for up to 24 hours, which has leg and hand restraint devices that put the detainees in painful positions.

Witnesses said that many of them underwent severe interrogation at the police station, which included beatings and sleep deprivation.

The two detainees interviewed for the report said they were forced to wear heavy handcuffs-in one case for a whole year. Others said they were electrocuted by electric batons or sprayed with pepper spray.

The Amnesty International report detailed a case in which a detainee is believed to have died as a result of being confined to a tiger chair.

He sat in a chair for 72 hours, during which time he urinated and defecate to himself.

The interviewee gave a detailed account of the conditions and treatment of Uyghurs and other groups.

“A large number of people are subjected to brainwashing, torture and other degrading treatment in detention camps, and millions of people live in fear in huge surveillance equipment. This should shock the conscience of mankind.”

Karamad said: “China must immediately dismantle the detention camps, release those arbitrarily detained in detention centers and prisons, and end the systematic attacks on Muslims in Xinjiang.”

“The international community must speak out and take concerted action to end this abhorrent behavior once and for all.”

In addition to the Uyghurs and Kazakhs, Hui, Kyrgyz, Uzbek and Tajik ethnic groups across Xinjiang have also been detained and tortured.

China has previously denied allegations of genocide and ethnic cleansing, saying that these camps are actually vocational training centers designed to reduce the threat of “extremism.”

But according to the report, a large number of Uyghur men and women — and other ethnic minorities — have been detained or imprisoned.

This includes hundreds of thousands of people sent to prison, as well as one million Chinese who were sent to detention camps by the United Nations.

U.S. legislators are considering banning the import of solar panels and other products manufactured by forced labor, and plan to investigate the role of U.S. technology companies in facilitating China’s massive crackdown in Xinjiang. Al Jazeera reported.

Senator Tim Kane said: “We can take some very specific steps,” including the amnesty report as part of the Senate hearing record.

Kate revealed that they did not receive a video call between Harry and Meg, and they saw Lily Bate during the discord.

In March of this year, the United States joined the ranks of the European Union, the United Kingdom, and Canada to impose specific sanctions on Chinese officials for what Secretary of State Antony Blinken called “genocide and crimes against humanity.”

At the same time, Amnesty International said it will step up its actions and promise to ensure the release of dozens of missing persons believed to be detained in Xinjiang from the Muslim minority.