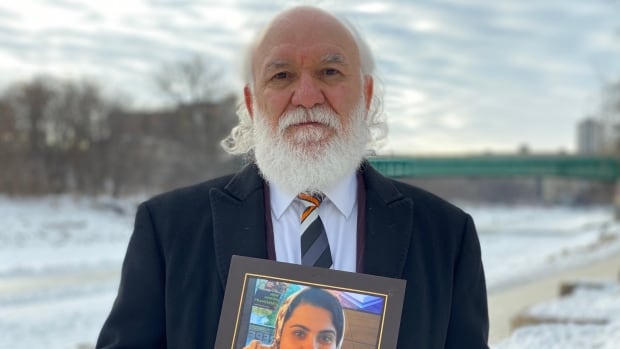 
The families of the victims on the PS752 flight stated that they left the meeting with the Royal Canadian Mounted Police Commissioner Brenda Luki this week. They were disappointed and frustrated that 17 months after the shooting, the Mounted Police did not Accept Ukraine’s proposal to establish a joint investigation team or initiate its own criminal investigation in Canada.

The Islamic Revolutionary Guard of Iran shot down the commercial aircraft on January 8, 2020, killing all 176 people on board, including 55 Canadians and 35 permanent residents.

The family said that Lucki told them that since only Iran can access the evidence collected from the scene, it is too difficult and complicated to investigate the case on Canadian soil.

Dr. Forough Khadem, the fiancée of Kouroush Doustshenas, died on flight PS752. On Thursday night, he told a parliamentary committee investigating the government’s response that he could not understand the RCMP’s decision.

Ukrainian Ambassador to Canada Shevchenko Andrei stated that Ukraine requested Ottawa to establish a joint investigation team in April 2020. More than a year later, it said it had not received a reply.

“As far as we know, Ukrainians [joint investigative team] The proposal is being considered along with other international legal aid tools,” Andre wrote in a statement to CBC News.

After Malaysia Airlines flight MH17 was destroyed over eastern Ukraine in 2014, a joint investigation team composed of Australia, Belgium, Malaysia, the Netherlands and Ukraine concluded that Russian missiles were the culprit. Canada lost a citizen in that disaster; the federal government said at the time that it “supported” the investigation and trial, but Canada was not a member of the joint team.

The Royal Canadian Mounted Police stated in a statement to CBC News that although other countries use the joint investigation team, the federal government consulted its “legal counsel” on the PS752 flight and concluded that they cannot use it here.

The RCMP said: “Many European jurisdictions use the Joint Investigation Team (JIT), but this concept does not exist in Canadian law.”

Instead, the Royal Canadian Mounted Police stated that Canada is supporting the Ukrainian investigation through its Royal Mounted Police officers in Ukraine and is sharing evidence.

But Ukraine said it had been ignorant of previous evidence for months.

The Ukrainian ambassador to Canada stated that Iran’s lack of transparency has brought his country closer to deciding whether to refer the case to the International Court of Justice. Andrei Shevchenko said that Canada and Ukraine are capable of leading this process, and any legal actions will be coordinated. 3:32

CBC News reported on the Canadian government and security agencies in February With recording The source confirmed that it was the voice of the Iranian Minister of Foreign Affairs and discussed the possibility of sabotaging flight PS752 as a deliberate act. The Ukrainian ambassador to Canada said that his country was not informed of the recording at the time.

At the time, the government stated that it had not yet established a mechanism for the safe exchange of evidence. The Ukrainian Embassy now stated that Canada has shared some information and other requests for information are pending.

Daniel Ghods-Esfahani lost his girlfriend in the tragedy. He said that the association representing the families of victims in Canada is concerned about insufficient evidence sharing.

“This kind of help is very slow,” Ghods-Esfahani said.

“They have a cyber army”

Hamed Esmaeilion, spokesperson for the families of Canadian victims, told a parliamentary committee on Thursday night that the families wanted a criminal investigation because they still did not know what happened on January 8, 2020.

“It seems that the entire plane has lost its way in the dark clouds of international diplomacy,” said Esmelion, who lost his wife and nine-year-old daughter that day.

He said that more than a dozen family members were harassed and threatened by the Iranian regime and its supporters-some of them in Canada-and they continued to share reports with the Royal Canadian Mounted Police, which should be a larger investigation of Canadian land. Part.

“They have a cyber army and use it on different social media platforms, they send us messages, some fake and real accounts,” Esmaeilion told the parliamentary committee.

“If we don’t file criminal cases here, if we don’t put everything together as a comprehensive job, I don’t think we can find the truth and teach them a lesson that they can’t interfere with Canadian citizens here. Canada.”

The government has indicated that it has instructed the forensic examination team to piece together all available foreign intelligence and evidence. The team’s report is expected to be released in the next few weeks.

Ralph Goodale, Canada’s new high commissioner to the United Kingdom, stated that the sky over Tehran today is as dangerous as it was 17 months ago. He said the risk assessment conducted by Iran before launching missiles into Iraq was incompetent.

“They didn’t bother to remind airlines of the fact that there are dangers in the sky,” Goodell told the committee on Thursday night.

“There are missile operators in place. In fact, their fingers are ready on the trigger and can shoot down civilian aircraft. This is just a taste of this terrible behavior.”

The families of the victims are scheduled to talk to Lucki again on June 15. The organization continues to call on the government to rank the Iranian Revolutionary Guard as a terrorist organization.