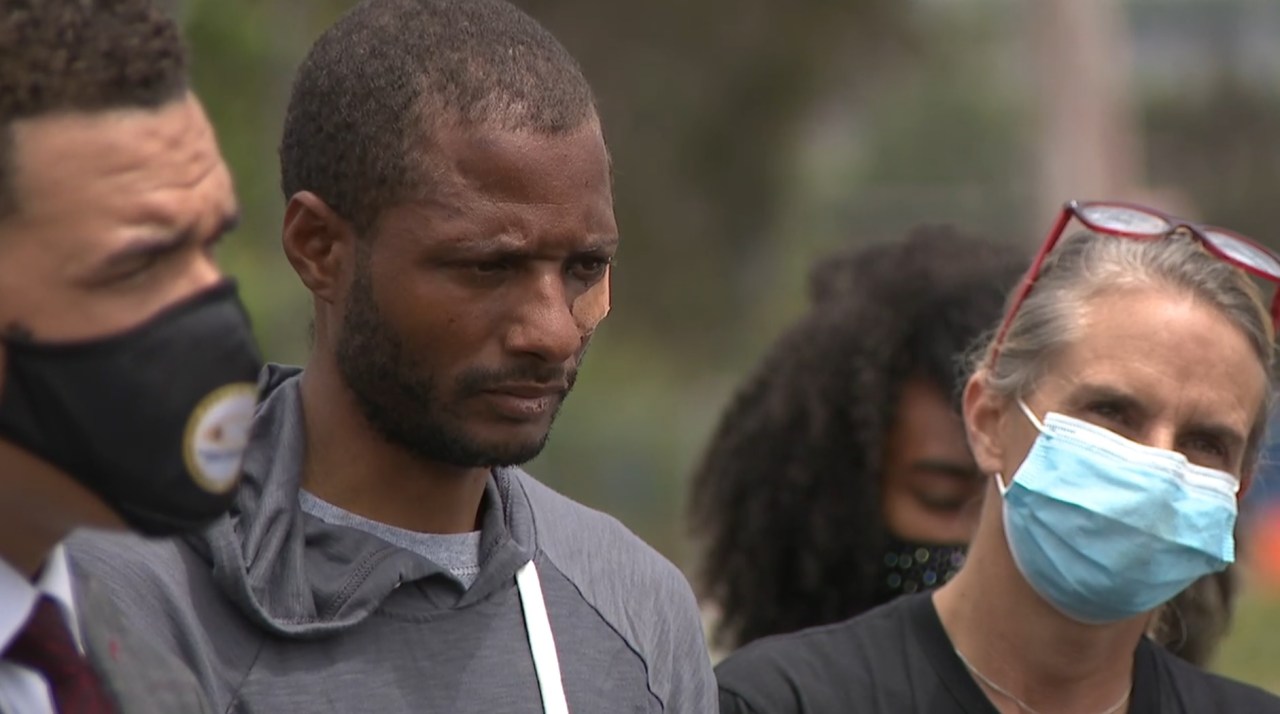 City Attorney: Resources are “better used to provide public toilets” rather than prosecuting people who were brutally arrested

Santiago-The San Diego City Attorney’s Office said it will not prosecute a local homeless man who was stopped last month for urinating on the roadside in La Jolla and was beaten and beaten by two police officers.

On May 12, Jesse Evans, a 34-year-old black man, was arrested and photographed by a bystander on Torrey Pines Road and La Jolla Village Drive After the video, it attracted people’s attention and anger. The camera footage carried with him showed that Evans was beaten on the face and body by the police during an argument, and finally fought on the sidewalk. The police repeatedly called on him to stop resisting. The department stated that Evans beat the police officer “on many occasions.”

Evans was sent to the county jail on suspicion of resisting arrest and assaulting the police.

As some hospitals are facing resistance in terms of vaccines, local centers said they don’t need injections

A spokeswoman for Elliott’s office said last month that the police initially referred the case as a felony to the San Diego County District Attorney’s Office, which refused to prosecute. The case was subsequently submitted to the city prosecutor, “may be prosecuted for a misdemeanor.”

But in an email statement on Friday, City Attorney Mara Elliott stated that “our city’s resources can be better used to provide public toilets.”

In the weeks following the incident, Evans appeared in public with local civil rights activist Shane Harris. At a press conference on May 14, Evans said he had forgiven the police involved in the case, but called for a change in the way police interact with the homeless in the community.

“I hope I am the last victim of this nonsense,” he said.

Harris, president of the People’s Justice Advocates Association, said in a statement on Friday that the organization is pleased that Elliott’s office has decided not to prosecute Evans for crimes. His office plans to work with Evans and his lawyers in the next few days, “see what he hopes to do next.”

Harris said: “In the encounter between Mr. Evans and the San Diego police in La Jolla, the imbalance of resources between our police department and public safety was very obvious.” “We need to invest more resources in the complete concept of public safety. Mr. Evans should not be beaten by our civil servants.

“On the contrary, he should be taken to a nearby restroom, or the social worker should be on site.”

The internal affairs department of the San Diego Police Department is investigating to determine whether the police officer has violated any department’s policies.