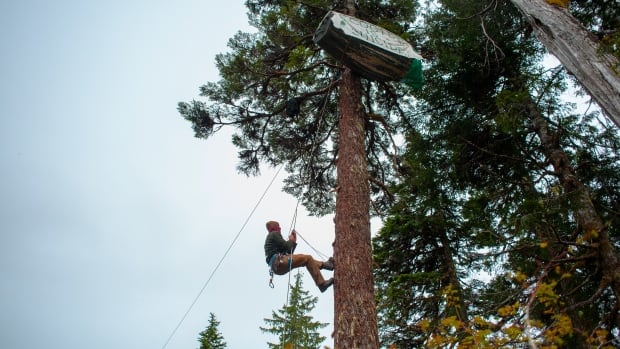 
The province of British Columbia has approved the request of three aboriginal people who want to postpone old-fashioned logging on their territory for two years, including at locations where protests and arrests continue.

Governor He Jin stated that the province has taken a transformative step in respecting the country’s land management rights as part of its commitment to align policies with the UN Declaration on the Rights of Indigenous Peoples.

This move is also in line with the government’s recommendation last year adopted by an independent team, first of which is to postpone the deforestation of nearly 200,000 hectares of virgin forest.

The leaders of the three indigenous peoples on the southwestern part of Vancouver Island issued a statement calling for the temporary postponement of logging of old trees in two areas, including the locations of continued protests and arrests.

Huu-ay-aht, Ditidaht and Pacheedaht hereditary and elected chiefs said that they informed the province last weekend that they hoped Two-year logging ban on old trees In the Fairy Creek area near Port Renfrew and the central area of ??Walbrand.

In a statement issued on June 7, the indigenous people stated that they are “committed to formulating and implementing world-class integrated resource management plans” that draw on the teachings of their ancestors, the wisdom of the elderly, and the opinions of citizens and important partners .

Since the police began to enforce the court’s injunction allowing the logging company Teal-Jones Group to resume work, the RCMP’s latest update has arrested 194 people in Fairy Creek.

Teal-Jones said on Monday that it will abide by the declarations of countries and contact them when they develop forest management plans.