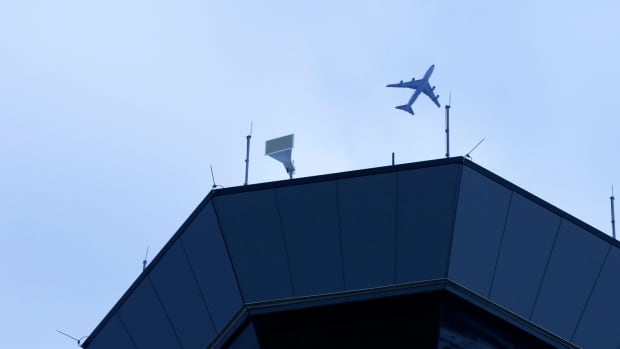 
Politicians are calling on Nav Canada’s executives and management to repay the 7 million Canadian dollars they received during the pandemic last year, and the private non-profit organization is using government assistance and warning of possible layoffs.

Opposition lawmakers told CBC News that they hope the company, which owns and operates the Canadian air traffic control system, will follow the example of Air Canada. The airline announced yesterday that its senior management will return 2020 bonuses in response to “public disappointment.”

“It’s very frustrating,” said Michael Kram, a Conservative MP for the Transport Committee of the House of Commons.

Nav Canada stated that it will not decide whether to issue the 2021 bonus until the fall.

When CBC News repeatedly asked whether company executives would repay bonuses starting in 2020, Nav Canada declined to answer directly. Instead, the company’s spokesperson Brian Boudreau defended the “management incentive plan”, saying that it had “slashed” by 20% last year.

“Last year, we cut management compensation, pension plans and incentive plans, and significantly reduced the overall number of managers, including the executive management team, to reflect the challenging financial environment,” Boudreau said in a media statement Means in. To CBC News.

Xavier Barsalou-Duval, a member of the Quebec Group, called these bonuses “selfish.” He said that non-repayment of the money indicated a “lack of sensitivity” in the hard-hit industries.

Balsalu Duval, vice chairman of the Transportation Committee, said: “I don’t understand how you think it is a good thing to give your boss a bonus when everything around you has problems.”

Nav Canada stated that the bonuses given to 558 managers at all levels of the organization last year were for their work before the pandemic.

But members of Congress stated that Nav Canada was using the federal government’s emergency Canadian wage subsidy to help pay its wages in the same year that the bonus was distributed, as the pandemic paralyzed air travel. At the time, the company was still considering shutting down flight control towers in multiple locations across the country and issuing notices of possible layoffs.

The company announced on Friday that it will cancel 41 excess notices affecting workers in Gander, Moncton, Montreal and Edmonton, who will lose their jobs in just a few days. The company also cancelled 87 other layoff notices and promised to keep the air traffic control tower open.

“The increase in vaccination rates, the expected reduction in travel restrictions and the growth in travel demand are expected to drive the recovery of the aviation industry,” Budlow said in a media statement.

New Democratic Party member Taylor Bachrach said that members of Congress asked the president and CEO of Nav Canada to respond at the parliamentary committee hearing in February, but there was no change.

“We are very clear that organizations that receive a lot of government aid should not give bonuses to their executives,” he said. “This applies to Nav Canada as it applies to Air Canada and other companies.”

Bachrach said the government has a responsibility to set rules to prevent such behavior.

Doug Best, president of the Canadian Air Traffic Control Association, told CBC News that his organization is concerned about “the poor quality of decisions made and the dishonest environment in which they are made.”

“The initial decision to pay the bonus was malicious,” Best said in an email to CBC News on Monday. “Whether or not they decide to refund the money like Air Canada did, it will not change the fact that they are getting paid while dismissing employees, and they have been receiving government relief.”

In a memo to employees, the union executive committee stated that although Air Canada employees are not happy that they will not lose their jobs, it is not good enough.

The memo dated June 4 said: “The withdrawal of these letters provided relief to our members, but it did not make up for the treatment they received in the hands of the company in the past six months.”