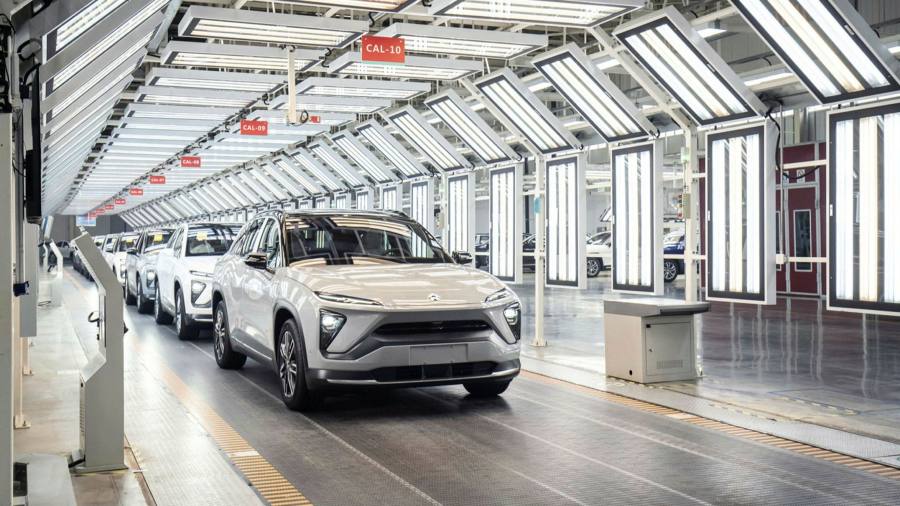 
The Beijing-backed technology fund, which manages nearly US$900 billion, is struggling to achieve its profit targets. According to executives, their funds are trapped in companies that cannot conduct IPOs and are not attractive to investors.

“The traditional exit strategy of private equity funds is not effective for us,” an executive of the Henan Province state-backed investment fund Zhongyuan Science and Technology Venture Capital Corporation told the British “Financial Times.”

“Our investment decisions are more related to policy considerations than market principles,” the executive added, who asked not to be named.

Since its establishment in 2015, ZSI has invested in more than a dozen start-ups in one of China’s poorest provinces, but has been unable to sell two-thirds of its portfolio companies.

These range from agricultural machinery manufacturers to social media sites, many of which barely make ends meet. Therefore, ZSI is unlikely to meet its six-year divestiture deadline in December.

Given our flawed business model, I can’t think of a quick solution to the problem

ZSI is just one of thousands of Chinese Government Guided Funds (GGF) that may not be able to liquidate their investments on time. GGF operates similarly to private equity funds, and is one of Beijing’s most important efforts to cultivate local innovation in the Sino-US competition extrusion The number of Western technologies available in the world’s second largest economy.

However, the initiative was under scrutiny because GGF’s policy-driven investment strategy conflicted with market-based performance targets.

Although China’s GGF appeared in the early 2000s, it was not until 2014 that the State Council announced plans to actively expand the industry to address Funding for tech startups shortage.

The initiative aims to replace direct government subsidies, which Beijing began to cut in the mid-2010s, when this practice was under pressure due to inefficiency and undermining fair competition.

This led to a surge in GGF, whose funding came from central and local budgets. Chinese provinces and cities hope that investment tools can create industry champions.

According to data from Beijing consulting firm Zero2IPO, as of the end of March, there were 1,877 GGFs in China with a total of 5.7 billion yuan (US$892 billion) under management. Ten years ago, 71 funds were under management with RMB 83 billion.

“GGF is one of the largest and most active participants in China’s private equity industry,” said Li Lei, a GGF executive in Beijing. “No one can compete with the government’s resources.”

The investment boom has indeed injected vitality into some local companies.The fate of the once troubled electric car manufacturer Weilai has changed since then Obtained 7 billion RMB investment From three GGFs last April. The stock price of the New York-listed car company has soared more than 10 times since then because the company reported that its sales soared.

successful Bet on Wei, However, countless failures followed. Public records show that China’s GGF has cashed out from less than a quarter of its portfolio companies, which have received funding for more than 6 years. This puts pressure on many funds that are about to end their life cycles because they have difficulty executing their exit strategies on time.

Like PE funds, most GGFs are built on a fixed-term basis, so their capital can be redistributed to new investments.

“Given our flawed business model, I can’t think of a quick solution to this problem,” said Li, who faces a deadline to divest from seven companies in December.

Part of the reason for the delayed exit was poor investment decisions. Most GGFs, especially those funded by local governments, face geographic and industry restrictions in terms of allocating funds. These requirements are driven more by policy priorities than business logic, and have led to many under-performing investments.

Li said that with the support of the Beijing Municipal Government, her fund is authorized to invest at least 70% of the capital in specialty chemicals and advanced manufacturing companies in the capital, which are underdeveloped in these industries.

“In order to meet the quota, we have to buy unqualified companies,” Li said. “This has an impact on the investment results.”

In order to improve performance, many GGFs have changed their start-up-oriented investment strategy, focusing on mature companies seeking IPOs, which is the traditional exit channel for private equity funds.

However, due to Beijing’s decision Tighten the approval of stock listings Investors must be protected this year. Official data show that in the first four months of this year, nearly half of IPO applications in Shanghai and Shenzhen failed to proceed.

“In view of the tightening of regulations, we have given up hope of divesting through IPO,” said Wang Zhi, an investment manager of a GGF in Zhejiang Province.

With few other options and the approaching liquidation period, some GGFs decided to sell their investments at lower than expected profits—even at a loss. In April of this year, Wang’s fund sold a stake in a local machine tool factory that it bought five years ago with 20% of the proceeds. According to industry standards, this is a very low return.

“Our first task is to achieve policy goals and prevent the loss of state-owned assets,” Wang said. “We are not a market entity that only cares about return on investment.”