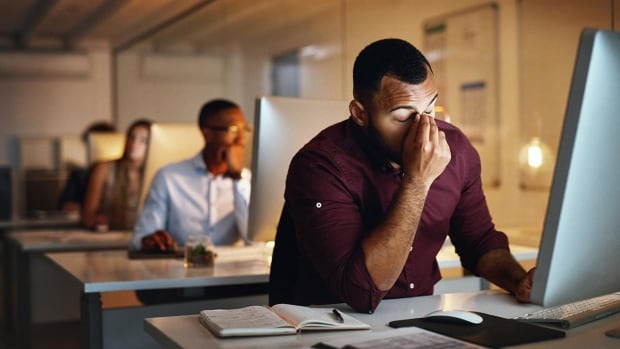 
The head of Ontario’s public service has apologized to employees for the organization’s systematic anti-black racism, after a severe external review found that discrimination and harassment within the organization “persisted and persisted.”

The 175-page survey conducted by Employment Matters Consulting detailed how black employees of Ontario Public Service (OPS) work in the “culture of fear” of their white managers and colleagues, with few consequences for bad behavior.

“The experiences and issues described in the report are deeply worrying,” Cabinet Secretary Steven Davidson said in an email to staff obtained by CBC News shortly after providing the report to staff on Thursday. The report has not yet been made public.

The email was also signed by the Deputy Minister of Ontario, who reported to Davidson.

He wrote: “We apologize for the prevalence and severity of anti-black racism in the workplace for the harm caused to black employees.” Davidson also apologized for the discrimination faced by employees in terms of gender, sexual orientation or race.

This consulting company was hired by the Ontario Anti-Racism Working Group in 2019 to address OPS’s harassment and discrimination issues. It includes approximately 60,000 civil servants working for various ministries, agencies, and royal companies in Ontario.

According to the report, there is a “huge gap” between OPS’s claimed values—fairness, diversity, and inclusiveness—and the reality of its black employees.

“We heard black employees express their overwhelming sense of powerlessness in the face of what many people call white indifference.”

The team stated that they are very worried about the well-being of the people they are talking to.

The report said: “We were shocked by the story we heard and the emotion and pain that followed.” “We want to know if we are witnessing post-traumatic stress disorder.”

According to the report, OPS leaders, including Davidson, have been unable to deal with workplace discrimination in the past ten years.

The consultant reported instances of blatant harassment and discrimination and systemic racism.

The report stated, for example, that white members of an office’s leadership team held a “secret meeting” to exclude black managers. In another article, Black Correctional Services staff stated that they were deliberately locked in a safe area by colleagues for several minutes.

Black employees also reported barriers to career development, such as being ignored when promoted to a lower-qualified candidate. They say it is difficult for them to get full-time or permanent jobs.

The review stated that although their white colleagues were allowed to work from home or shortened work weeks, black employees were denied these opportunities.

Black managers report that white subordinates will refuse to recognize their authority and deliberately take steps to weaken them or seek support from more senior managers.

Complaints are not taken seriously

Half of the complaints filed by black employees were rejected; the review found that only 12% resulted in the perpetrator being held accountable.

The Royal Association of Legal Officials, which represents lawyers in the province, said in a statement that many of its members participated in the review.

The statement said that these reports “accurately capture the experiences of many of our members who continue to deal with racism and discrimination in the workplace.”

“Now we must act and take meaningful steps immediately after the apology.”

“I think a public apology is a good first step, but in my opinion, it is only the first step, showing that there is more to follow up,” she told CBC News.

This is not the first time a black employee has asked for action.

In 2019, employees Hentrose Nelson and Jean-Marie Dixon submitted $26 million litigation Oppose OPS and the Attorney General’s Department, claiming that they have been discriminated against for many years because they are black women.

Ranjan Agarwall, a lawyer for Nelson, told CBC News in an email that the case had been rejected by the Ontario Court of Appeal, which stated that it had no jurisdiction over the matter. Nelson is seeking permission to appeal to the Supreme Court.

In June last year, 45 lawyers working for the OPS Civil Law Department sent A letter Davidson and the Attorney General demanded immediate action to address systemic racism, including disparaging comments made by colleagues, clients, and judges against racialized lawyers.

The Cabinet Office stated in an email to CBC News that OPS has pledged to take “concrete steps” to create an inclusive workplace. Its deputy ministers are responsible for overseeing the daily operations of each ministry, and they will report on their anti-racism action plans every year.

The review recommended that OPS leaders sign commitments to eliminate anti-black racism, conduct random external audits, and establish a way for whistleblowers to report manager harassment or discrimination against employees.

The review stated that OPS should also cooperate with the Ontario Human Rights Commission, which has tried to help resolve these issues in the past but was unsuccessful.

“There is no evidence that OPS has made reasonable efforts to meet its legal obligations to ensure that its workplace is free of discrimination and harassment,” it said.