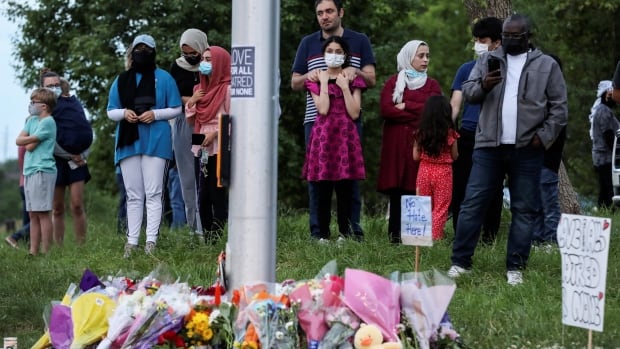 
Following the deadly attack in London, Ontario on Sunday night, Canadian political leaders once again condemned Islamophobia. The police described it as a premeditated hate crime against Muslim families.

Three adults and a teenager were killed in the incident, and a pickup truck hit the victim on the side of the road. A nine-year-old boy was also seriously injured but survived.

The victim spanned three generations of a family.

On Monday afternoon, Canadian Prime Minister Justin Trudeau said on Twitter: “For the Muslim community in London and Muslims across the country, please know that we are standing with you.”

“Islamophobia has no place in any of our communities.”

I was shocked by the news from London, Ontario. For the relatives of those who were intimidated by yesterday’s hateful behavior, we are here to serve you. We are also here for the children who stay in the hospital-our heart is with you, when you recover, we will think of you.

Other federal leaders expressed condolences to Canadian Muslims before condemning hate crimes against the organization.

Conservative Party leader Erin O’Toole also said on Twitter: “This kind of despicable and extreme hatred must be condemned. Canada does not have such terrorist acts as Islamophobia.”

“This is an act of Islamophobia and terror,” New Democratic Party leader Jagmit Singh said in a statement.

Nathaniel Veltman, 20, from London, is facing four counts of murder and one count of attempted murder in connection with the alleged assault. The police stated that they are also considering terrorism charges against Veltman.

A little more than four years after the House of Commons passed controversial legislation trying to determine and eradicate hatred of Muslims, people generally condemned and recognized Islamophobia as an motivating factor.

The non-binding motion was dragged into a heated debate in Ottawa before it was finally approved. Its most stubborn critics said that the proposal would restrict freedom of speech and separately classify Muslims as special treatment under Canadian law.

The Heritage Committee issued a report on systemic racism, religious discrimination and Islamophobia in 2018.

“This is a journey,” said the MP who led the Islamophobia report

Liberal MP Hedy Fry, who chaired the committee when the report was written, said that many of the recommendations are being implemented.

Hedy emphasized that improving data collection and public education activities are the most important recommendations. She said these efforts are ongoing and are gaining momentum.

“You will not stop systemic problems in five years,” Heidi told CBC News in an interview.

“This is a journey. But we need to clean up the mess to start this journey, and I think our government has already begun to do this.”