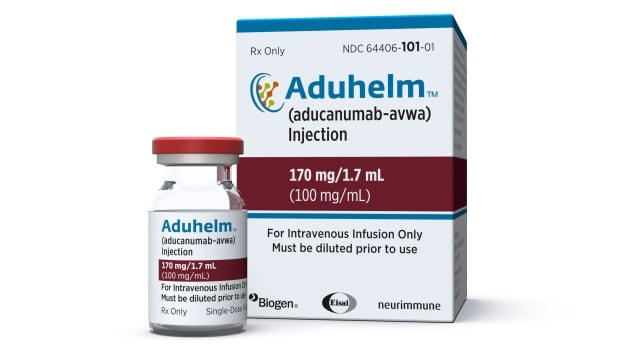 Despite concerns about effectiveness, new Alzheimer’s disease drug is approved in the United States


U.S. government health officials approved the first new drug for Alzheimer’s disease in nearly 20 years on Monday, ignoring an independent consultant’s warning that this controversial treatment has not been shown to help slow this brain-damaging disease.

The U.S. Food and Drug Administration (FDA) said it approved Biogen’s drug based on results that seemed “reasonably possible” to benefit patients with Alzheimer’s disease.

This is the only treatment that US regulators say may be able to treat underlying diseases, rather than controlling symptoms such as anxiety and insomnia.

This decision may affect millions of Americans and their families, and will surely trigger disagreements among doctors, medical researchers, and patient groups. It also has a profound impact on the criteria used to evaluate experimental therapies, including those that show only incremental benefits.

The new drug developed by Biogen and Japan’s Eisai Co. did not reverse the mental decline, but only slowed the decline in a study. The drug aducanumab will be marketed as Aduhelm and will be given by infusion every four weeks in a doctor’s office or hospital.

Dr. Caleb Alexander, an FDA consultant who opposed the approval of the drug, said he was “surprised and disappointed” by the decision.

Alexander, a medical researcher at Johns Hopkins University, said: “The FDA is respected because it has regulatory standards based on solid evidence. In this case, I think they gave the product a pass.”

Dr. Patrizia Cavazzoni, director of the FDA’s Center for Drug Evaluation and Research, acknowledged in a statement that the drug has “residual uncertainty”, but said Aduhelm’s ability to reduce harmful plaques in the brain is expected to help slow dementia.

“The data supports that patients and caregivers can choose to use this drug,” Cavazzoni told reporters. She said the FDA carefully weighed the input of people with this deadly disease.

Under the so-called accelerated approval clause, the FDA requires drugmakers to conduct follow-up studies to confirm the benefits to patients. If the study fails to show effectiveness, the FDA may withdraw the drug from the market, although it rarely does so.

The company stated that its goal is to complete follow-up trials by 2030.

Nearly 6 million people in the United States and the world suffer from Alzheimer’s disease. Alzheimer’s disease gradually attacks the brain areas needed for memory, reasoning, communication, and basic daily tasks. In the final stage of the disease, the patient loses the ability to swallow.

The global burden of this disease is the most common cause of dementia and is only expected to increase as the baby boomers continue to age.

Aducanumab (pronounced “add-yoo-CAN-yoo-mab”) helps clear a protein called beta-amyloid from the brain. Other experimental drugs have done this before, but have no effect on patients’ ability to think, take care of themselves, or live independently.

Over the years, the pharmaceutical industry has been flooded with failed Alzheimer’s treatments, and the research cost has reached billions of dollars. The FDA’s green light may restore investment in similar therapies previously shelved.

Researchers do not fully understand the cause of Alzheimer’s disease, but it is generally believed that the brain plaque targeted by aducanumab is only one factor. There is evidence that family history, education, and chronic diseases (such as diabetes and heart disease) may all play a role.

“This is a sign of hope, but it is not the final answer,” said Dr. Richard Hodds, director of the National Institute of Aging, which was not involved in Biogen research but funded research on Alzheimer’s disease. “Amyloid is important, but it is not the only contributing factor.”

But this means that the 18 points for cognitive and functional abilities differ by only 0.39. It is unclear how these indicators translate into practical benefits, such as greater independence or the ability to recall important details.

The FDA’s review of the drug has become the fuse of a long-standing debate about the criteria used to evaluate therapies for difficult-to-treat diseases.

The group representing Alzheimer’s patients and their families said that any new treatment—even a trivial treatment—needs to be approved. But many experts warn that giving the drug the green light could set a dangerous precedent and open the door to treatments with questionable efficacy.

Although the FDA’s external neurological expert panel conducted a rigorous evaluation in November, it was approved. The team voted a “veto” on whether a series of reanalyzed data from a study submitted by Biogen showed that the drug was effective.

After disappointing results showed that aducanumab could not achieve its goal of slowing the mental and functional decline of Alzheimer’s patients, Biogen stopped two studies of the drug in 2019.

A few months later, the company changed course, announcing that a new analysis of one of the studies showed that the drug was effective at higher doses, and the FDA had recommended it be reviewed. Company scientists said that the initial failure of the drug was due to some patients not receiving high enough doses to slow the disease.

However, the change in dosage and the company’s post-mortem analysis made the results difficult to interpret, which aroused the suspicion of many experts, including those from the FDA team.

The FDA does not need to follow the recommendations of its external panel members and has previously ignored their opinions when making similar high-profile drug decisions.

Many practical questions remain, including: How long will the patient benefit? How does the doctor determine when to stop the medication? Does the drug have any benefits for patients with advanced dementia?

Approved by the FDA, aducanumab will definitely be insured by almost all insurance companies. Biogen said the drug is usually worth about US$56,000 for a year, and that the price will not increase in four years.

Even qualifying for the drug can be expensive, as verification of the diagnosis may require a brain scan of $5,000 or more. Insurance companies do not cover scans because their benefits are unclear, but if scans become a treatment route, this situation may change.

Additional scans are needed to monitor potential side effects. This medication comes with a warning about temporary brain swelling, which can sometimes cause headaches, confusion, and dizziness. Other side effects include allergic reactions, diarrhea, and disorientation.