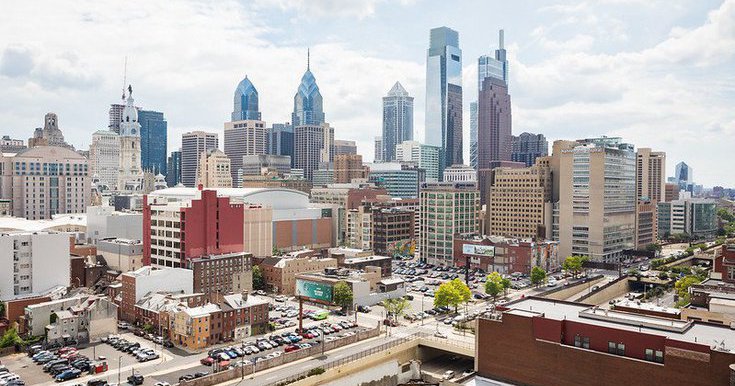 As the hot and humid weather lasted until mid-week, the Philadelphia area issued a high temperature warning


As the early season heat wave is expected to continue until Wednesday, Philadelphia and most of the surrounding areas have issued high temperature warnings.

National Weather Service initial Hot consultation Effective at noon on Saturday, it was originally scheduled to expire on Sunday night. However, as the hot and humid weather is expected to continue, the weather warning has been extended to 8pm on Monday night.

On Monday, the temperature in parts of the region may reach as high as 99 degrees, and the heat index may even reach 100 degrees. According to the National Weather Service, the humidity in Philadelphia on Monday morning reached 88%.

The dew point is also expected to be higher, making people feel hotter than the thermometer reading. It is strongly recommended that residents drink plenty of water and stay indoors and away from sunlight as much as possible.

If you want to go for a walk and stay cool, a beach trip may be a good idea. The temperature in the coastal areas is expected to remain in the 1980s.

Good morning! The whole area is hot and humid today. Most of the entire region has reached a low point in the 1990s. High temperature warnings in urban corridors are still valid. It’s much cooler along the coast, where the temperature stayed in the 80s and the sea breeze was blowing. #pawx #njwx #mdwx #dewx pic.twitter.com/J1Pvg7YQYh

As the temperature is expected to only drop to more than 70 degrees, residents will continue to feel relief overnight. Sporadic showers and thunderstorms are expected for the rest of the week.

Below is National Weather Service’s complete forecast for the Philadelphia area In the next three days, as the heat wave continued.

As the heat wave swept the area, the temperature began to climb to more than 90 degrees on Saturday. On Sunday, temperatures in parts of Philadelphia climbed to the mid-1990s.

The past few days are usually much warmer than this time of year. According to the National Weather Service, the average temperature in the Philadelphia area in early June is usually around 80 degrees.